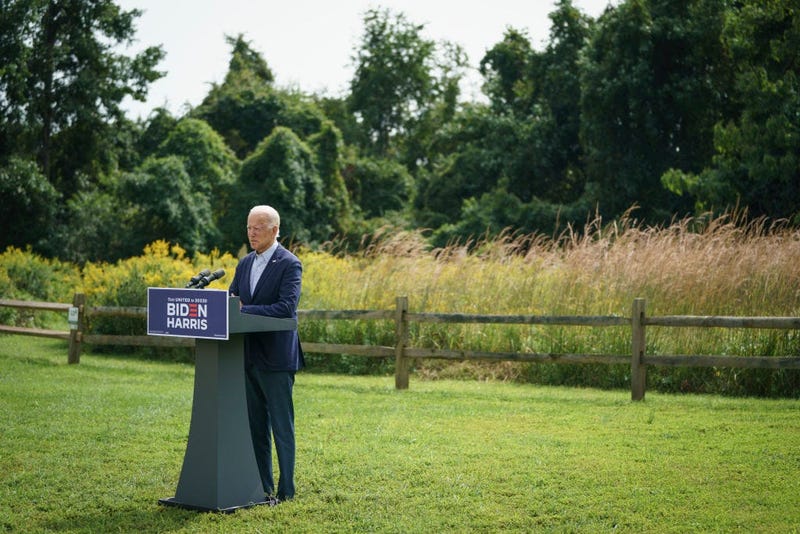 The former vice president chose the lush, green museum grounds to give an address on tackling climate change, not just to protect health and head off continuing environmental disasters, like the fires, hurricanes and flooding that have devastated communities across the country.

Biden said his plan, including converting all federal vehicles to electric and capping leaking wells that oil companies have abandoned, would create thousands of jobs.

“It’ll be the greatest spur to job creation and economic competitiveness in the 21st century,” he said.

Biden said he sees jobs where the president sees a hoax, likening Trump’s climate response to his COVID-19 response.

He called the president a “climate arsonist” and pledged to return the U.S. to the Paris climate accord and global leadership on climate.