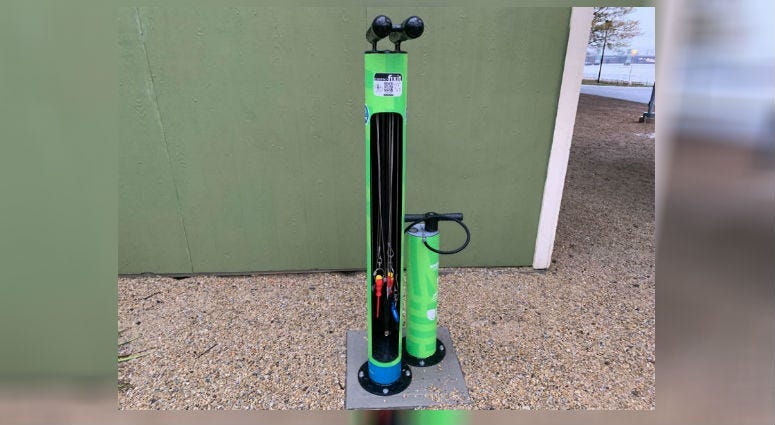 PHILADELPHIA (KYW Newsradio) — Bicycle repair stations are beginning to pop up along the Schuylkill River Trail.

The first fix-it station went up last week at the Walnut Street trail head, followed by another in Phoenixville.

There's more to come, according to Elaine Paul Schafer, executive director of the Schuylkill River Greenways.

"The other five have been all delivered and are ready for installation and should go up before the spring season starts," she said.

The fix-it stations feature two poles with essential items for bicyclists who run into trouble on the trail.

"In the cavity of the taller pole are all the tools you would need for some minor repairs to your bicycle. And at the top is a section where you can rest your bicycle so it's at your shoulder height while you're working on it. And then the second pole is an air pump for tires that need some air," she explained.

The other fix-it stations will be going up in East Falls, Pottstown, Union Township, Birdsboro and Spring City.