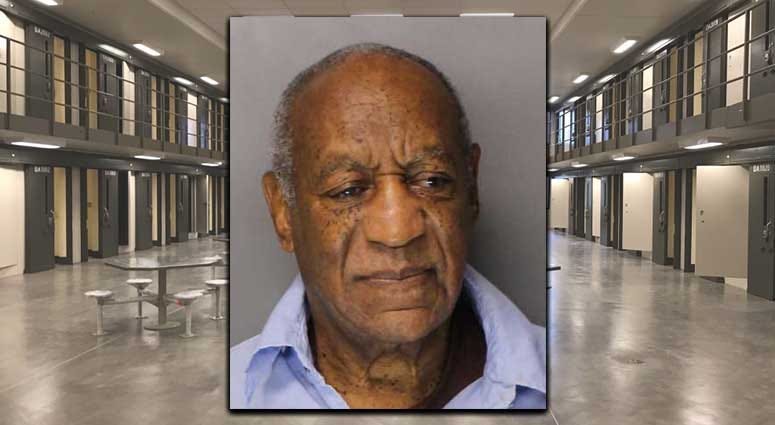 SKIPPACK, Pa. (KYW Newsradio) — From behind prison walls, Bill Cosby released a statement saying he has "no remorse" because he is innocent, adding he feels he is a "political prisoner."

Cosby’s publicist, Andrew Wyatt, visits the convicted 81-year-old entertainer regularly. His most recent trip to SCI Phoenix in Skippack to see him was just a couple weeks ago — his 15th visit in total.

Cosby explained in a statement that he has no remorse because "I was given a deal; I settled out of court for $3.8 million dollars; I waived my 5th amendment rights; I was declared Not Guilty in 2005 by the Commonwealth - never charged. However, a low-life District Attorney and a corrupt Judge needed me Guilty now. Not for justice, but for their political aspirations."

Cosby wakes up before dawn, according to Wyatt, and works out in his cell to stay physically fit, though he has griped that the food is too salty.

"To get the sodium off the food, he puts his food in a cup and he rinses it off three times at the sink with water to get the sodium off, and he eats the food," said Wyatt. "He said that it reminds him of some of the great political prisoners, like MLK and Randall Robinson, Dr. Benjamin Chavis and Nelson Mandela."

Wyatt said Cosby feels he is behind bars because of his political beliefs.

Cosby may be eligible for parole after three years, but he may have to serve the 10-year maximum if the parole board feels he is not taking responsibility or if he doesn’t fulfill the requirements of his sentence.

But Cosby maintains his innocence, and he has refused to attend required classes as part of a sexually violent predator designation.

"He said, 'Andrew, they want me to go to these classes,' but he said, 'I’m not attending,' " explained Wyatt. In his statement, Cosby called the mandatory classes "entrapment."

Wyatt added that Cosby remains optimistic his appeal will be successful.

"I stand upright as a Political Prisoner and I Smile," continued Cosby in his statement. "The Truth is Strong!"

Listen to the full interview with Bill Cosby’s publicist, Andrew Wyatt, below.