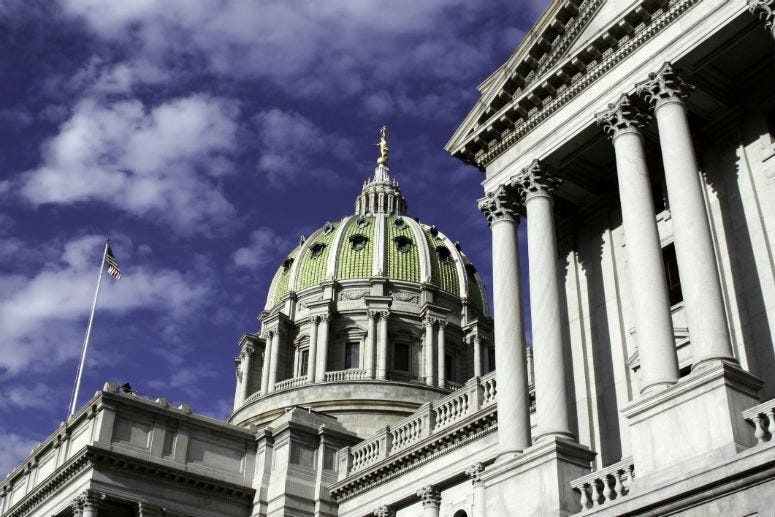 Coronavirus Mystery
HARRISBURG, Pa. (KYW Newsradio) — An amendment to the Pennsylvania Constitution that would put limits on the governor’s ability to declare emergencies is one step closer to being put before voters.

The bill has passed both the Pennsylvania House and Senate. Because it’s an amendment to the state's constitution, both chambers next session must pass it again. And then it goes before voters to decide.

Currently, emergency declarations can last up to 90 days, and they can be renewed indefinitely. Under the proposed amendment, they would be limited to 21 days unless extended by the state legislature.

Republican Rep. Todd Stephens says this isn’t simply about the pandemic declarations. He said he generally supported most of the Gov. Tom Wolf's actions.

“It’s about modernizing our emergency response statute to ensure our residents can be heard and still have a voice in the government’s decisions that impact their lives," he said.

“When this statute was adopted initially, the legislature could not be in voting session, voting remotely via email and conducting caucus and committee meetings via teleconference as we do today.”

But Montgomery County Democrat, Sen. Katie Muth says the General Assembly can already overturn a declaration with a two-thirds majority, and changing that would mean residents would have less say.

“If passed, SB 1166 would allow a simple majority vote, not a super majority 2/3 vote, to overrule a governor’s emergency declaration," Muth said.

She says that would shift power from the General Assembly as a whole to the party in power.

Republicans tried and failed to do an end-run around Wolf last month by passing a resolution that they said would force the governor to lift the declaration. The state supreme court shot it down.

This amendment would clarify if both chambers passed a resolution ending an emergency declaration, it would not need the governor’s approval.