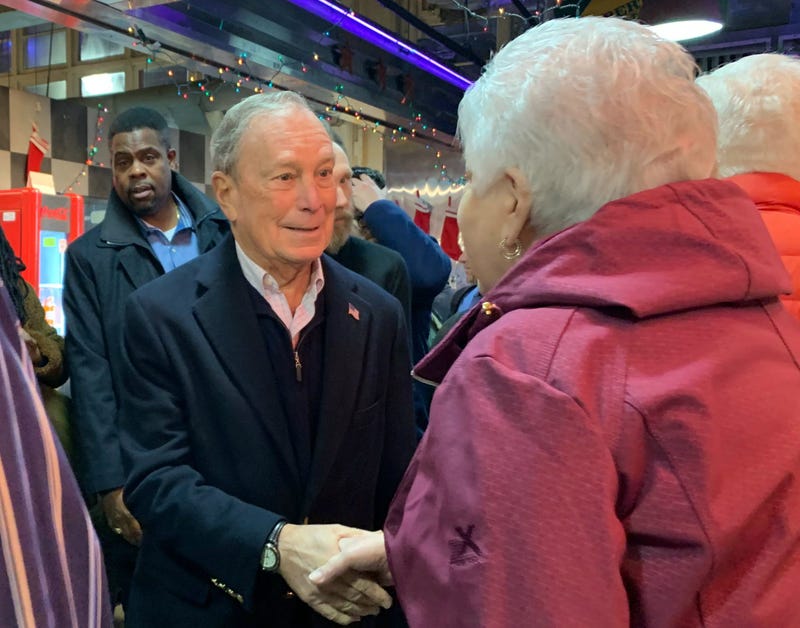 PHILADELPHIA (KYW Newsradio) — The latest candidate looking to replace President Donald Trump was in Philadelphia to get things started.

Michael Bloomberg opened his Philadelphia campaign headquarters Saturday in Old City, though not before making an appearance at Reading Terminal Market, surprising shoppers.

"I was hoping that a different citizen of the city would endorse me, Gritty," Bloomberg joked.

The candidate said his focus on Philadelphia is different from most of his Democratic primary opponents. "You don't find too many Democratic candidates for president who come here to Pennsylvania. They spend all their time and all their resources in one or two other states," he noted. "But I will say this, President Trump has been campaigning all over the state. He held a rally just two weeks ago in Hershey."

Quite a surprise for shoppers at @RdgTerminalMkt this morning as @MikeBloomberg makes a visit ahead of opening his Philadelphia campaign office. @KYWNewsradio pic.twitter.com/gFNs3IBHbx

Most of his remarks were similarly focused on the president. "He's all 'I' and I think my great strength has always been pulling a bunch of people together," said Bloomberg.

The former mayor also addressed his packed campaign office about the elephant in the room, impeachment.

"The Senate Republicans probably will not vote to remove the president, so it's up to us in November, and I actually think that is the way things will be done."

"He seems to be a lot more centrist than the other candidates we have on either side, and it's just, listen to hear what he has to say. I'm not quite sure he's electable, he's in the race very late."

Ray Hancock, who works at the new campaign headquarters, added, "We're just looking forward to seeing what he can bring as far as a little more stability and unity to our country."

While he hasn't qualified for the Democratic debates due to his campaign self-financing, he is currently polling at 5% with primary voters, according to CNN.