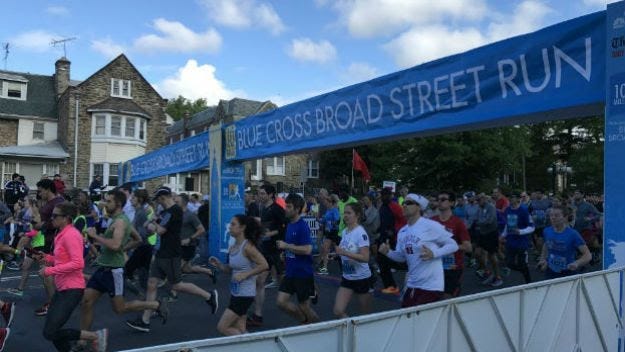 PHILADELPHIA (KYW Newsradio) — Registration is now closed for the Broad Street Run on May 5, but runners who forgot to sign up still have a chance.

Bibs were distributed to registered runners through a lottery. The race's Executive Director Leo Dignam says tens of thousands of runners registered.

But he says when they partnered with Blue Cross in the late '90s, their numbers ballooned.

What makes this race so popular?

"It's the straightest, flattest course in the country and it's the largest 10-miler in the country as well and that's why people love it.  It's a tiny bit downhill, so it's a little bit easier than flat."

Now, Dignam says, they always leave extra bibs for their affiliated charities. Those who still want to run may do so through The American Cancer Society, Back On My Feet, Students Run Philly Style, the Fairmount Park Conservancy, or the American Association for Cancer Research.

"You can raise money for those charities and they will give you a bib," he said.

This year marks the 40th anniversary of the run.