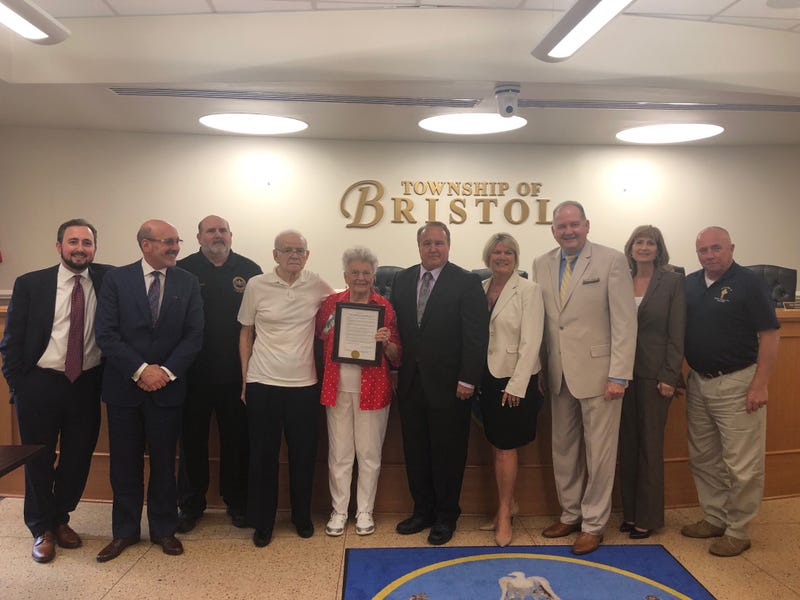 She was presented with a Commendation for all she accomplished as an original "Rosie the Riveter."

"It's flattering," Krier said. "It's very nice, especially to have somebody at home honor you."

You can read all about Krier's WWII experience here.

As for her Commendation, she said that honor belongs to all her other "Rosie's" too, and while she's honored to receive it, she has her eye on an even bigger prize.

"We've been working so hard to get a gold medal for all 'Rosie the Riveters'," she said.

The gold medal she's referring to in the Congressional Medal of Honor.

Krier even discussed this with Nancy Pelosi during a recent trip to Normandy they were both on to commemorate the D-Day 75th anniversary.

"We walked the beaches several times," she explained, "toward the end I got to throw a rose in the water, we put a wreath in the water. I even got to rivet. They set up a machine and I got to rivet, I said '76 years and I can still do it!'"

Krier's son and great granddaughter were there as the Bristol Township Council presented her with her Commendation.