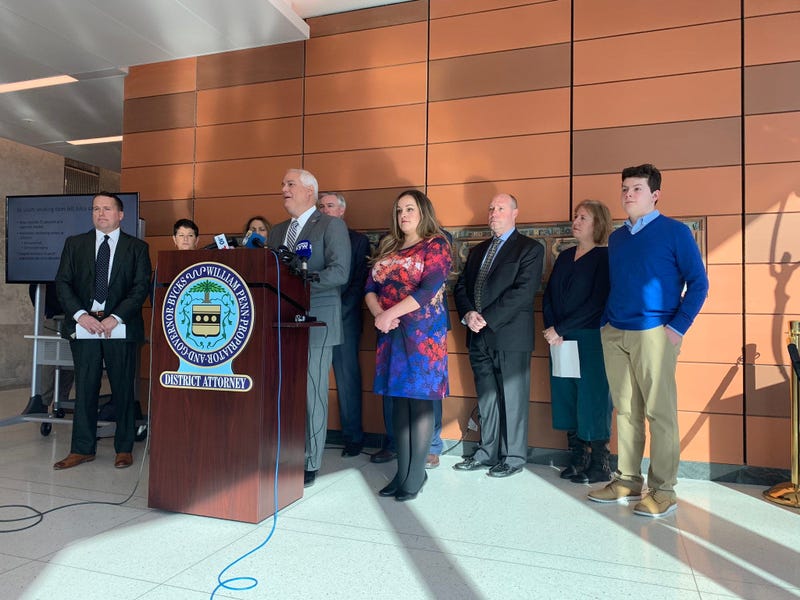 "We are seeking reparations from their ill gotten insidious gains, restitution, civil penalties and injunctive relief we want to stop this from poisoning our children," Bucks District Attorney Matt Weintraub.

The 63-page complaint accuses Juul Labs, Inc and new Jersey-based Juul pod manufacturer EonSmoke, LLC of purposely targeting children, as it quotes a co-founder of the company boasting about how they learned to glamorize the product and downplay addictiveness from tobacco industry documents that were made public as part of their settlement in the mid-2000s.

"They know exactly how to reach their target audience," he said.

"It’s the old adage, 'Why did you rob all those banks?' and the bank robber says, 'That's where the money is.' Juul and (EonSmoke), they’re targeting the children because that’s where their target victims reside."

The suit is asking for undetermined damages, but Weintraub says, in addition to no longer targeting children, he also wants the company to pay for health care, awareness, addiction services, and future studies of long-term effects on children.

"And this year in particular, I’ve had many students come pleading for help to quit. And trying to help these students quit is a very difficult situation," Klein said.