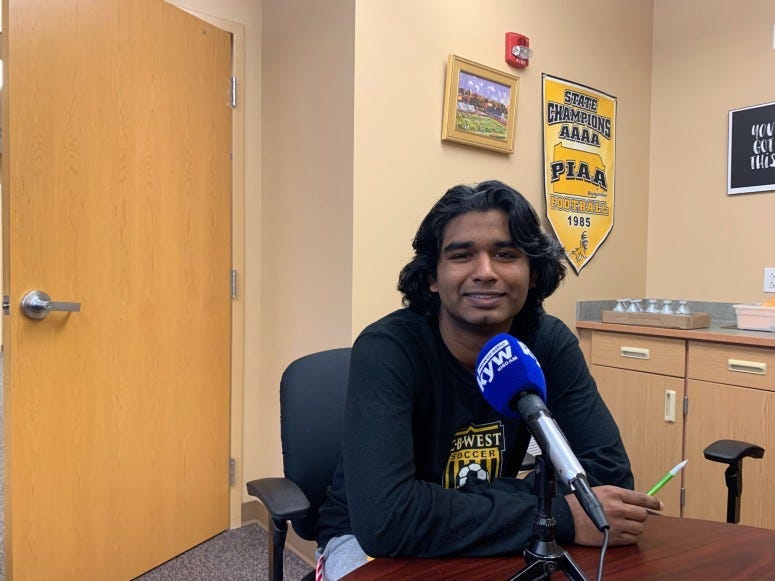 DOYLESTOWN, Pa. (KYW Newsradio) — While cleaning up a field with his soccer club in Philadelphia, Central Bucks High School West senior Kanishk Nazareth came across something unexpected: a body.

“(The person) had one of those orange pill bottles in one hand,” he recalled. The person had overdosed.

“It really made it an issue that I felt I had to address because it was affecting areas that were very close to my heart,” he said.

After the close encounter with a casualty of the opioid crisis, Nazareth designed a device that not only dispenses an overdose-reversing drug, but also immediately alerts emergency services.

The ODBox, as he calls it, is stocked with Narcan, a nasal spray that can stop an opioid overdose. But when someone pulls the spray out of the ODBox, it automatically calls for help.

“So if I were to install a box in a park somewhere in Philadelphia, when someone was to extract Narcan from the box, I can program it to contact Philadelphia police or emergency services,” Nazareth explained.

He has several different prototypes of the ODBox — ones that are climate-controlled for the outdoors, since Narcan has to be maintained at a certain temperature, or ones with security cameras to prohibit vandalism. They can be put anywhere — parks, libraries, college campuses.

He said he simply sees the device as a way to give back. And, he noted, the only way to fight the opioid epidemic is if everyone — not just lawmakers, medical professionals and law enforcement officers — pitches in to help.

“This is an issue everyone has to address. We can’t just turn a blind eye. We have to acknowledge it’s there and do what we can to fix it,” he said.

Narcan only affects opioid receptors and is harmless to anyone who doesn’t have opioids in their system. It generally requires a prescription but is available at any pharmacy through a standing order from the Pennsylvania Department of Health.

There is also a Pennsylvania law that provides protection from prosecution to anyone who reports or responds to an overdose.

Adapt Pharma, the maker of Narcan, has helped out with Nazareth’s ideas and is onboard with his project.

“This isn’t a box that I really want to turn a huge profit on,” the teen emphasized. “This isn’t a company that I want to turn into just a money-making machine. This is to give back to communities that have raised me.”