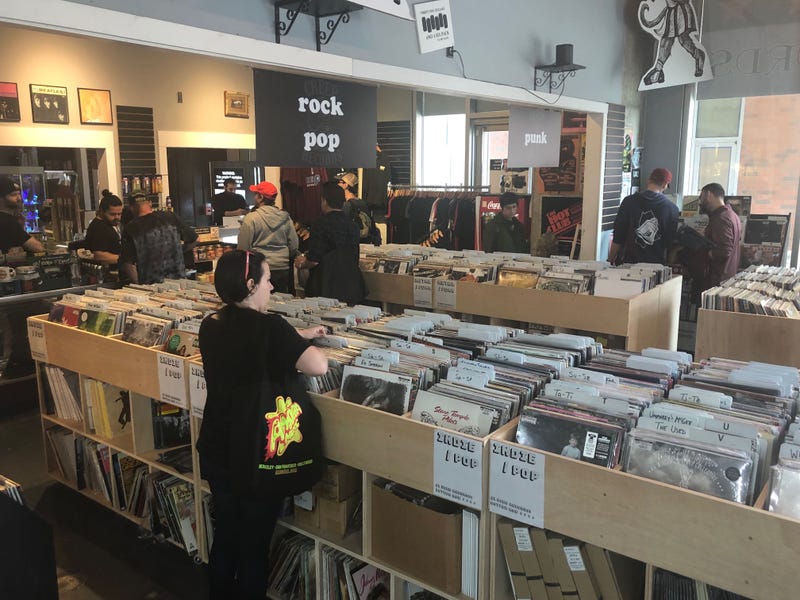 There was a line out the door to start the day at Creep Records at the Piazza and a steady flow of music lovers in and out all day long after.

Why the extra crowds? It was Record Store Day.

"Record Store Day is once a year and they have a ton of exclusive titles where you can only buy them in record stores. You can't buy them online, no one can sell them online until the next day," said Will Angelos, operations manager at Creep Records. "It's kind of a celebration of the record community, local record stores and just an overall fun day."

Steve Miller had a productive day.

"I'm really stoked," Miller said, "because I found two of the Phil Ochs records that I don't have, so now I have all of his records, which I'm really excited about."

"Yeah, it's more of a tangible and tactile experience that I really like," he said.

And he was glad to see so many others on this day sharing his passion.

So what were some of the day's best sellers?