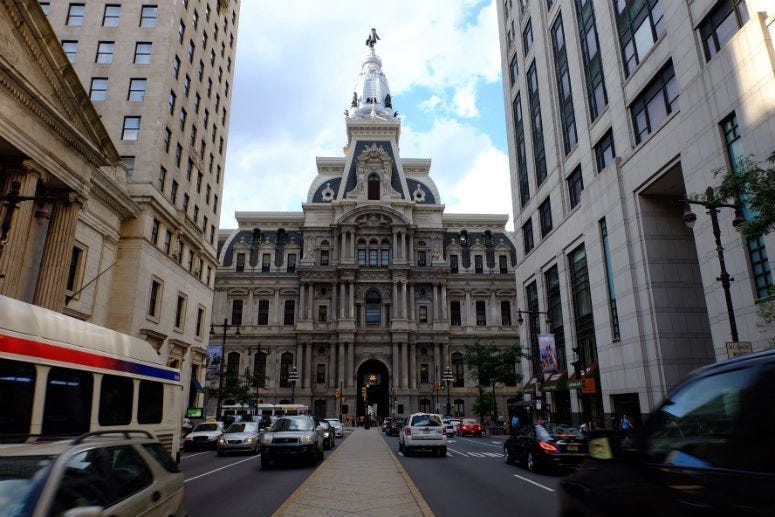 PHILADELPHIA (KYW Newsradio) -- The first round of campaign finance reports for Philadelphia's May primary were due last week and they showed a wide gap between candidates for city offices. Some candidates expect to benefit from PAC money, even if it's not contributed directly to them.

Incumbent Mayor Jim Kenney has $655,000 in his war chest. That's over ten times the roughly $50,000 that challengers Anthony Williams and Alan Butkovitz have on hand. But Williams and Butkovitz are the unnamed beneficiaries of $400,000 spent by the beverage industry attacking Kenney. Butkovitz thinks that's just the beginning.

"I think there will be a multi-million dollar effort," Butkovitz said, "and I think my responsibility is to highlight the issues."

Of course, the mayor also benefits from an independent expenditure group funded by the building trades, but their spending is much lower. Still, Kenney doesn't seem worried.

"These two candidates are annoying gnats," the mayor said last week when asked about their criticism of his record.

That prompted a response from the Williams campaign.

"Mayor Kenney has brought the campaign to a low that is Trumpian in its childishness," said the senator's spokesperson Barbara Grant.

Meanwhile in the city council at large race, incumbent Helen Gym blows away the field with $400,000 on hand.

But Allan Domb has raised more this year, half-a-million dollars since January. He's just spending it faster, and since he's one of his own largest contributors, should have no trouble replenishing his coffers.

In fact, Domb has given his campaign more than $250,000, thus triggering an increase in campaign contribution limits for all council at-large candidates. Limits on individual contributions can now go as high as $6,000 and from political action committees, $23,800.

Incumbent Derek Green shows $190,000 on hand. That puts him just about even with two challengers; Eryn Santamoor and Justin DiBerardinis.