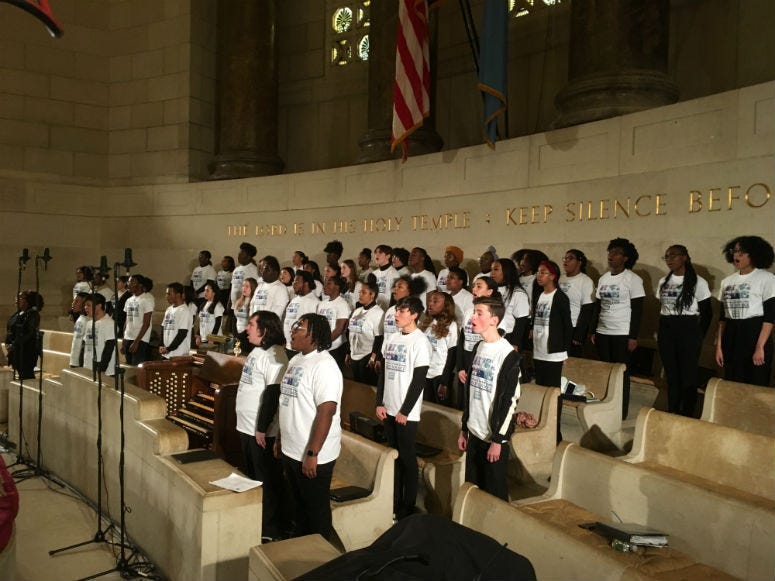 PHILADELPHIA (KYW Newsradio) — To cap off the largest MLK Day of Service event in the country, the Philadelphia Orchestra and a high school choir performed in the intimate chapel at Girard College.

"She is the first African-American to receive national acclaim. But even then, she faced the headwinds of prejudice," Nézet-Séguin said.

The Philadelphia High School for Creative and Performing Arts Choir performed spirituals and gospel music, including Damon Dandridge's "I know I've Been Changed."

Vocal major Aliyah Taylor, a senior at CAPA, enjoyed the repertoire, and the meaning behind it.

"As an African-American young woman, they tell you about these stories. But to be a part of something that is spiritually connecting with the history is really nice," she said.

The program also featured the always stirring Adagio for Strings, penned in 1938 by West Chester native Samuel Barber, who also attended the Curtis Institute of Music. As the orchestra's strings soared, Charlotte Blake Alston recited excerpts from Martin Luther King Jr.'s “I Have a Dream” speech.