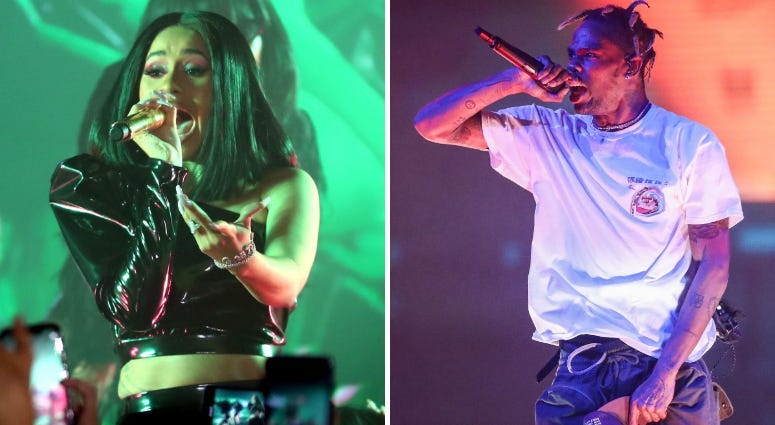 PHILADELPHIA (KYW Newsradio) — The Made in America festival is making moves past last year's blunder that nearly ended the concert in Philly altogether.

On Aug. 31 and Sept. 1, Travis Scott and Cardi B will headline MIA along the Benjamin Franklin Parkway.

PHILLY!! ARE YOU READY FOR @travisscott, @iamcardib AND MORE?? Presale for #MadeInAmerica 2019 is available now for @TIDAL members! ??https://t.co/kLCKsx9fnv pic.twitter.com/wdu9qexJgA

The city was the center of controversy last year regarding the Labor Day weekend staple, when festival creator Jay-Z surprisingly announced MIA would be leaving the parkway.

The move was reportedly just "miscommunication." Mayor Jim Kenney explained the city was not trying to evict MIA from the parkway, but rather consider a new location, as residents experienced "festival fatigue" and MIA became a "nuisance" to them.

Kenney met with Jay-Z and representatives from ROC Nation last summer to emphasize that MIA will continue along the parkway.

MIA partnered with the ACLU of Pennsylvania and the Reform Alliance, an organization created by Philly native Meek Mill, which aims to lobby for changes to state probation and parole laws. A portion of funds from the festival will benefit the two organizations.