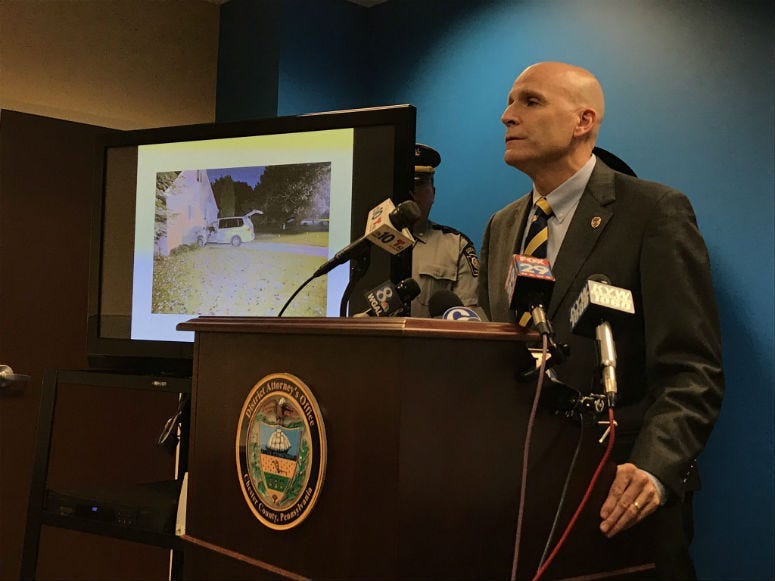 CHESTER COUNTY, Pa. (KYW Newsradio) — Chester County District Attorney Tom Hogan says a task force of officers from police departments, working with county detectives, helped take down 77 dealers who were selling heroin and opioids - some of which caused deaths - during the past two months in an operation they called "Operation Wildfire."

He says they also seized guns and lots of drugs.

Among those arrested were a mother and son who've been charged in the death of one of their customers.

But Hogan says Chester County can't fight the scourge by itself.

Hogan says he has asked Philadelphia officials to consider creating a task force to address the drug problem.

Meanwhile, he says more resources going into treatment and education programs have been paying off.