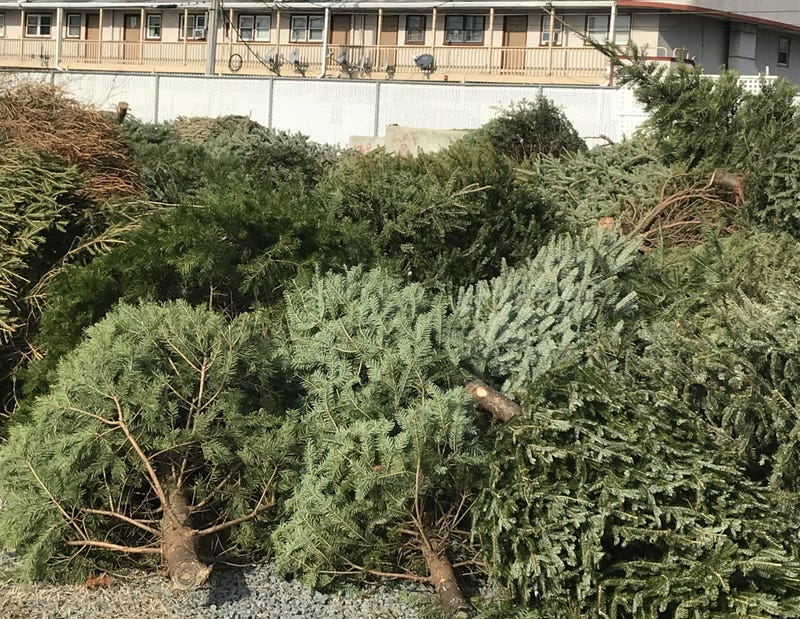 BRIGANTINE, N.J. (KYW Newsradio) — By now, most of us have dealt with the natural Christmas tree that brought so much holiday cheer at home but has outlived its usefulness. Or has it?

One town down the shore has been recycling Christmas trees for three decades and helping their beaches at the same time.

Brigantine takes any tree a resident, or anyone else for that matter, wants to drop off at a lot next to the Public Works building at 36th Street and Bayshore Avenue. The last week or so, Public Works Director John Doring says he’s seen those trees pile up about a thousand or so although the numbers can vary year to year.

His crews place those trees on the beach near dunes to act as sort of snow fences.

“We do it at the base of the dune,” Doring added. “So when the wind blows and it blows the sand up the dune, the trees catch the sand and they get covered.”

Over the years, the trees deteriorate forming newer, reinforced dunes. The idea’s been copied to the north at Island Beach State Park where some 2 thousand trees were gathered by volunteers. Brigantine will continue to accept used Christmas trees through the end of the month.

By the way, some people drive quite a distance just to donate their tree every year, which is fine with Doring. He’ll take as many as he can get.