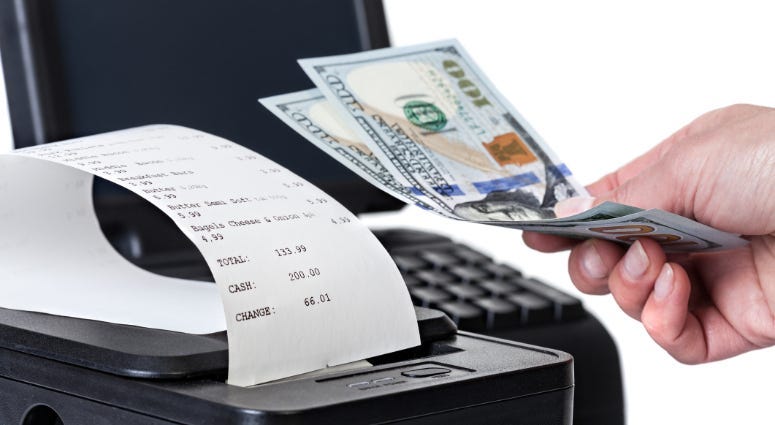 PHILADELPHIA (KYW Newsradio) — A City Council committee has advanced a bill that would require all businesses in Philadelphia to accept cash.

The bill was introduced as an anti-discrimination measure after a couple of chain restaurants announced a credit card-only policy.

Kenney administration officials who testified at the hearing were split on the bill. Human Relations Commission Director Rue Landau supports it.

"A significant number of Philadelphia residents who are unbanked or underbanked for a variety of social and financial reasons have been excluded from doing business with cashless establishments," said Landau.

Bill co-sponsor Maria Quiñones-Sanchez fears the credit card-only policies deny access to people who don't have the wherewithal or the credit rating to get a card.

"Sending a message that everyone is welcome is hugely important as a city," she explained, "and I don't want anyone to feel excluded anywhere."

But Deputy Commerce Director Sylvie Gallier Howard said the department would prefer that the bill go no further.

"We're not well known as a place to bring your business to innovate or invest in," she said. "This is going to make us look like a less attractive place to innovate because we put barriers around innovation."

Howard noted there are nine national businesses that have adopted cashless sales, but only a few are in Philadelphia. But then, she noted, there's the city itself.

"You cannot use cash or a personal check to get married, and there's other fees and permits where we don't accept cash," she said, "so we're telling businesses they can't, but we do the same thing."

Howard hopes the bill will be just a pause to help the city better prepare for cashless enterprises.

Howard opposes the bill but hopes the department can accept it as a pause while the city helps residents find a way to participate in cashless commerce.

"Modernization is going to happen with or without Philadelphia," she added, "and we want to be part of it."

Landau also agreed the real problem is getting the underserved better access to banking and credit.