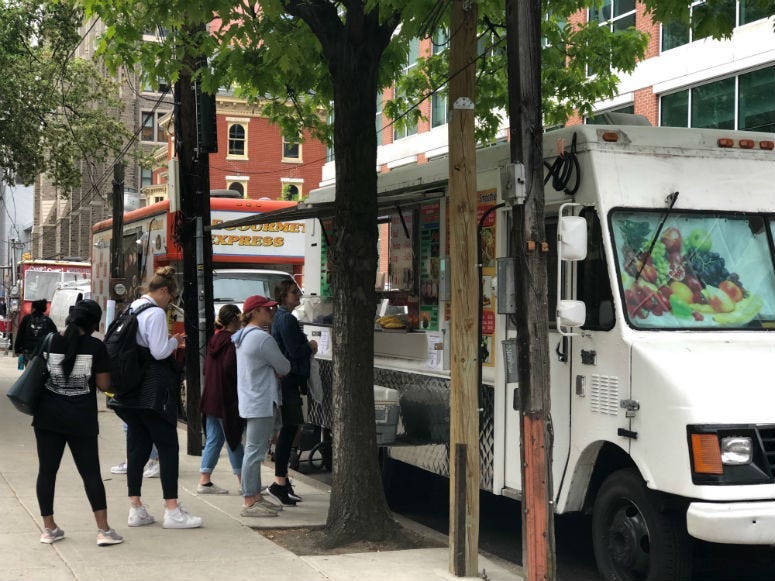 PHILADELPHIA (KYW Newsradio) — For 25 years, Long Nguyen has been serving fruit salad and smoothies out of his food truck on Temple University's campus.

And for 25 years, he's left his truck on the street after closing up for the day.

But he and dozens of other food truck vendors on campus who also leave their trucks overnight may not be able to do that for much longer.

He said that would lead to "chaos" each morning when the trucks have to park for the day and called the situation "frustrating."

"It's inconvenient for a lot of people," added John Song, who works at Cha Cha food truck, owned by his mother. "For us to move the truck and then in the morning, move it back and then prep, that's going to take a long time, so I can foresee that trucks would open later."

And he guessed many trucks would have to close earlier.

The trucks at Temple were actually supposed to start moving overnight back in 2015 when the city passed an ordinance requiring them to do so.

The city is just now enforcing that ordinance, although Philadelphia's Department of Licenses and Inspections sent KYW Newsradio a statement on Thursday.

"An ordinance passed by City Council in 2015 requires vendors in the special vending area near Temple to move their trucks overnight. As the Department should have done prior to initiating enforcement of these provisions, L&I will engage over the summer with vendors and other stakeholders to explore and address their concerns. We will not undertake enforcement until these discussions have taken place and apologize for any confusion or distress," the statement read.

"I feel great," Nguyen said when KYW Newsradio shared this news with him.

More than 5,000 people have signed an online petition to let the food trucks stay where they are all the time.