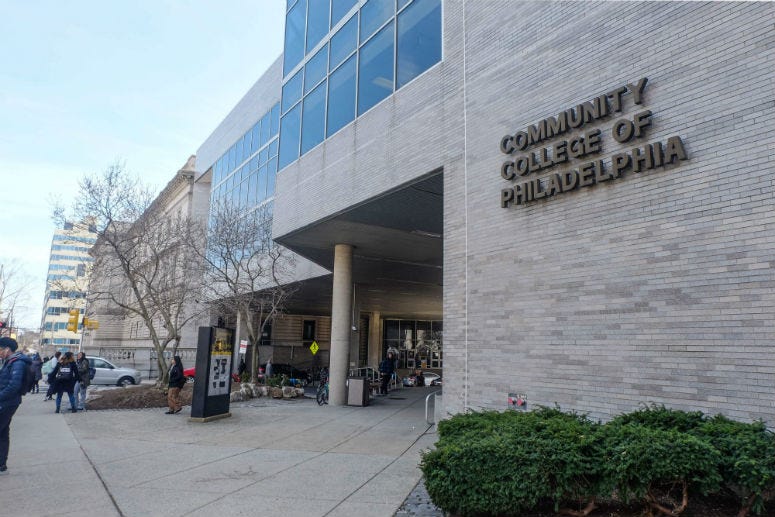 PHILADELPHIA (KYW Newsradio) — Faculty and staff members at Community College of Philadelphia voted on Wednesday evening to go on strike in April if they can't agree on a new contract with the school.

That sentiment was shared by all but four people in her Union as they voted in favor of a strike.

"We believe in education equality. This contract proposal will take us further away from that. Our students have already dealt with overworked teachers and underpaid teachers and we don't want that," she added.

Faculty @CCPedu vote to strike come April if they can’t agree on a new contract with the school. They’ve been working more than 2 years without a contract @KYWNewsradio pic.twitter.com/GPGXCGC3DJ

Among other things, the 1,200 faculty and staff at the college want a more favorable workload and higher pay.

"There's a lot of unity in there, a lot of strong feelings. This is a very, very unified group," said Quinn Eli, a CCP professor who was also in favor of striking.

Johnson-Valenzuela says she and a majority of the members in the American Federation of Teachers Local 2026 do not want to strike.

"But we are showing the administration and the city that we are willing to if we have to, for what's best for the students," she said.

The last time CCP faculty went on strike was a two-week walkout in 2007. CCP President Dr. Donald Generals has said if there is a strike and there aren't enough instructors, many classes for the school's 28,000 students would have to be cancelled.

Students like Jaquess Rickerts say they're on the teacher's side in this fight.

"I think they need to help them, the way they help the students. There's a lot of good teachers here that look out for the students, and teach the way their suppose to teach. Give 'em a break," she said.

Teachers say there is no exact date for a strike in April, but they want to continue to negotiate with the school.

In a statement, CCP said they were disappointed that the strike was called so close to the end of the semester and that the union's request would up their current costs.

"The Union's demands would increase the College's current costs by $82.8 million, which is $73.5 million higher than the amount of the College administration's proposals in the best and final offer," CCP said in the statement.

CCP added that the negotiations "will affect how much more tuition students will pay, not only in the next academic year but also for years to come."