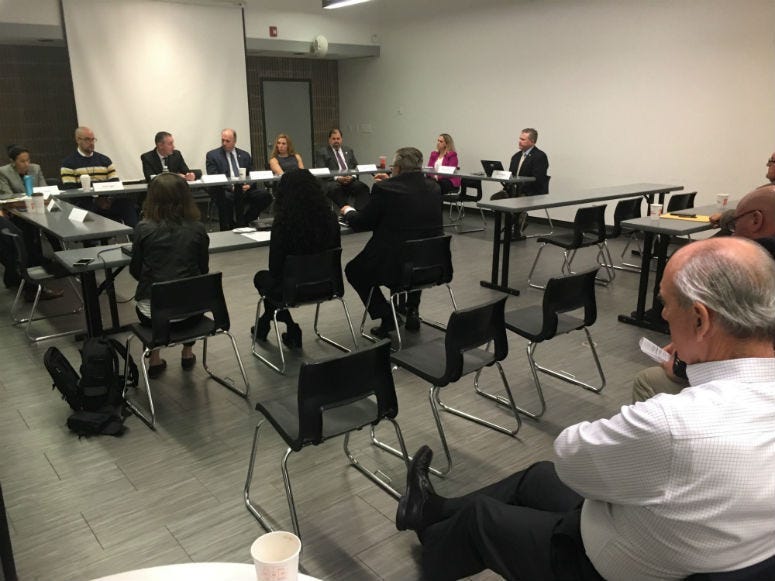 WARMINSTER, Pa. (KYW Newsradio) — Leaders of a congressional task force have wrapped up a two-day fact finding mission to Bucks and Montgomery counties, where water has been contaminated by PFAS chemicals.

Republican Congressman Brian Fitzpatrick says he and his Democratic co-chair Dan Kildee of Michigan will be scheduling hearings soon.

While some critics are calling for the federal government to reimburse people and townships hit hard by the contamination, Fitzpatrick is pointing his finger at other entities.

“Ultimately, I think the manufacturers of the chemicals who profiteer to the tens of billions of dollars ultimately have to bare the responsibility for this. I think there needs to be an investigation into the facilitators which were at the minimum DOD, what they knew and when they knew it," he said.

Fitzpatrick is referring specifically to people living in Warminster, where water rates have nearly doubled since the township shut down most of its wells and started buying water from nearby North Wales.

A lot of ideas have been floated as possible solutions to the PFAS problem but they are costly.

"We have a water main that's roughly 1,200 feet from where most of the residents are contaminated. So it's a matter of getting the funds to extend the water main to serve those residents with public water," said Nick Fretz, manager of the Perkasie Regional Authority.

Warminster and several other townships have filed suit against half a dozen manufacturers.