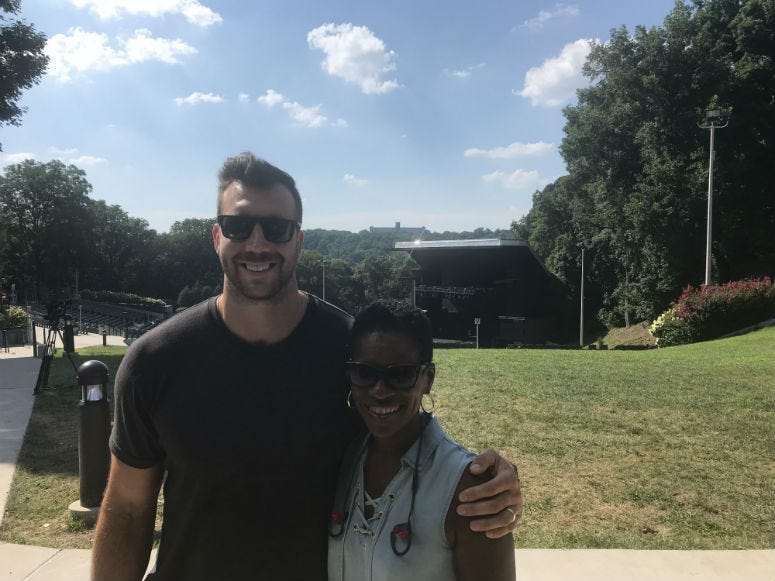 PHILADELPHIA (KYW Newsradio) — A former Philadelphia Eagle is teaming up with a popular summer music venue to help neighborhood kids fly high, and it's part of an ongoing commitment to the Philadelphia community.

Connor Barwin played for the Eagles for four seasons, and even though he has not been with the team for some time, the town still has a special place in his heart.

"I live in Philly. Philly has become home, this is where I want to be," Barwin said.

Barwin is more than just living in the city.  His nonprofit, Make The World Better Foundation, has revitalized parks and playgrounds around Philadelphia.

"Every kid should have a safe place to play, and I think playgrounds can be an incredible place that connect a neighborhood," Barwin said.

To help fund that program, Barwin is teaming up with the Dell Music Center, the amphitheater in the heart of Fairmount Park, to host a concert.

"I love music and music is a great way to also bring people together. Playgrounds cost money, and this is a way to raise some real money," he said.

Susan Slawson, the Dell's general manager, says their venue, which is celebrating the 10 year anniversary of its reopening, is the perfect place for the concert fundraiser.

"It was initially the home of the Philadelphia Orchestra. This is now the home of R&B, jazz, gospel," Slawson said.