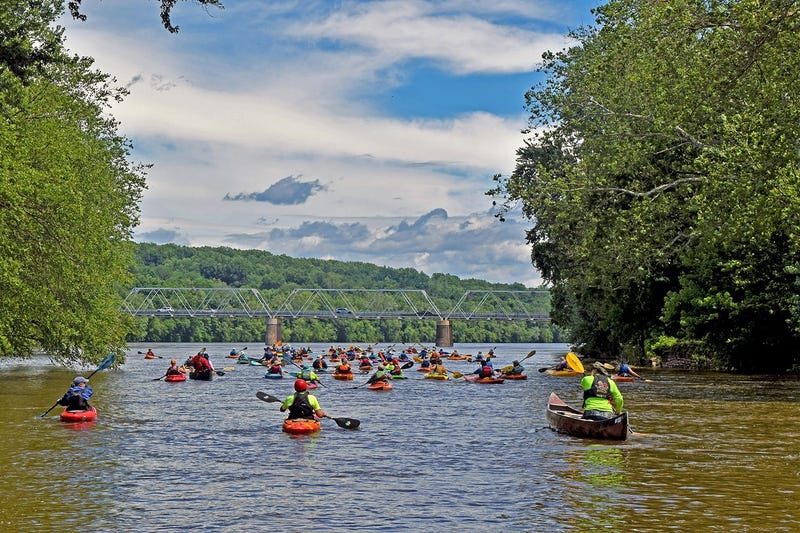 PHILADELPHIA (KYW Newsradio) — An annual guided experience along the Delaware River has been scuttled for this year because of COVID-19.

But Kate Schmidt, who organizes the annual event, said coronavirus issues put an end to this year's planned June outing.

"With the need for potential continued social distancing, hygiene, how do we keep people safe? And that was pretty much our primary concern," she said. "Can we hold the program as planned and still keep people safe? And we realized that we could not. So we decided to completely cancel our program for this year and hold it next year."

It was to be the 26th year for the Delaware River Sojourn.

But Schmidt said the steering committee she works with considered a lot of variables before making the call.

"So how if we still needed to social distance, how could we shuttle people to and from our put-ins and our take-outs?" Schmidt asked. "How could we have people camping safely within the sojourn? Group meals, would we be able to hold them that way?"

She said the committee decided to reschedule the activity for June 2021 and wants to run the same program it had scheduled for this year.

Schmidt said that planned program — "Focus on Fish" — will expose participants to the variety of species of aquatic life that now thrive in different sections of the waterway.