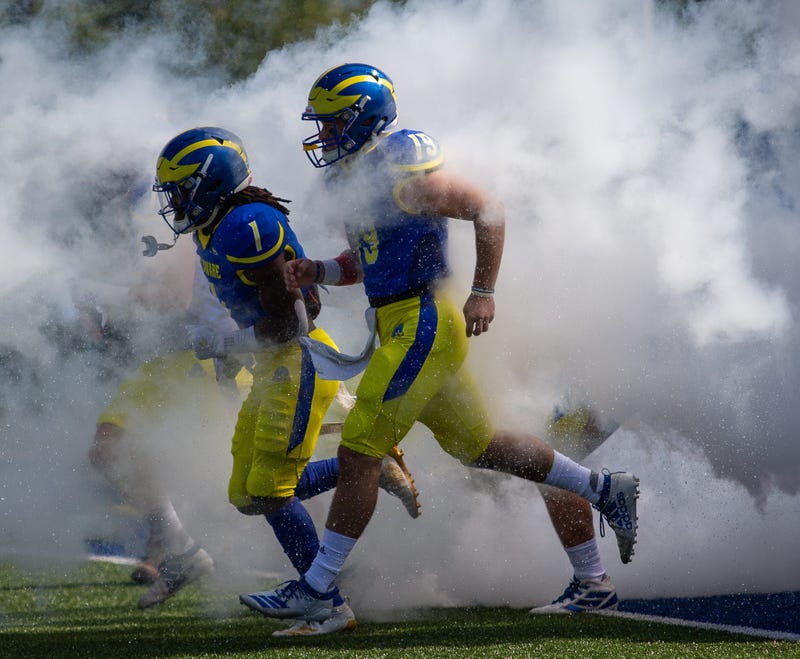 PHILADELPHIA (KYW Newsradio) — The University of Delaware Blue Hens have a big challenge in front of them on Saturday as they step up a level to visit Pitt of the Football Bowl Subdivision.

The Blue Hens are 3-1 on the season (1-0 CAA). Last week, they held off a game University of Pennsylvania squad to earn a thrilling 28-27 win in Newark.

In that game, redshirt sophomore Nolan Henderson made his first career start at quarterback and excelled. He completed 20 of 29 passes for 260 yards and three scores and did not turn the football over.

"Penn was good on defense and they brought a good bit of pressure," Delaware head coach Danny Rocco said. "But Nolan was poised and confident. He ran the offense, he protected the ball. I think the biggest thing you look at in a situation like that is his ability to make good decisions in real time, protect the football. Those are the things he did. He got us in and out of some good plays and out of some bad plays and certainly threw the ball well enough for us to feel like we can be efficient with him out there running the offense."

Pitt brings a 2-2 record into Saturday's game. Last week, the Panthers won a wild game over UCF, 35-34. Rocco talked about a key when you're playing up a level.

Rocco was impressed by the Panthers, and the team's overall speed really jumped out to him.

"I think the biggest thing is just overall team speed," he said. "They've got speed in the secondary, they've got speed at receiver in particular, just to name a couple of positions. Their defensive front four, front seven is fast and physical."

Saturday's game in Pittsburgh gets underway at 12:30 p.m.