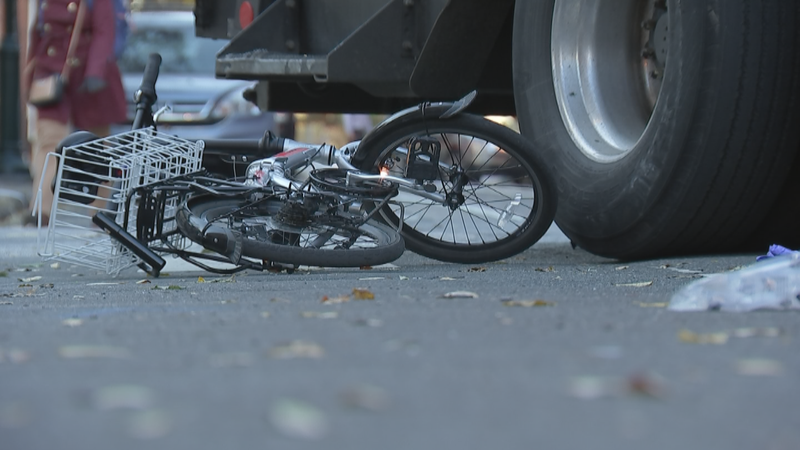 Jorge Fretts, 28, is charged with homicide by vehicle, involuntary manslaughter and recklessly endangering another person in the fatal accident of bicyclist Emily Fredricks in November of 2017 near 11th and Spruce streets.

"We obtained video from inside the truck. It indicated he was wearing earbuds, in violation of Pennsylvania law," Voci said. "He was looking down at paperwork(s) to his right in the center console, when he should have been looking in his side-view mirrors."

Voci says Fretts made a right turn from the left lane directly into Fredricks, who was lawfully riding in the bike lane.

In September, the victim's family settled a lawsuit with the truck contractor for $6 million.

Fretts has been arraigned, and remains out of jail on $100,000 unsecured bail. A first listing is scheduled for March, but that will likely be delayed.

Fretts' defense attorney, Ben Cooper, says his client denies any wrongdoing, and they plan to fight the charges.