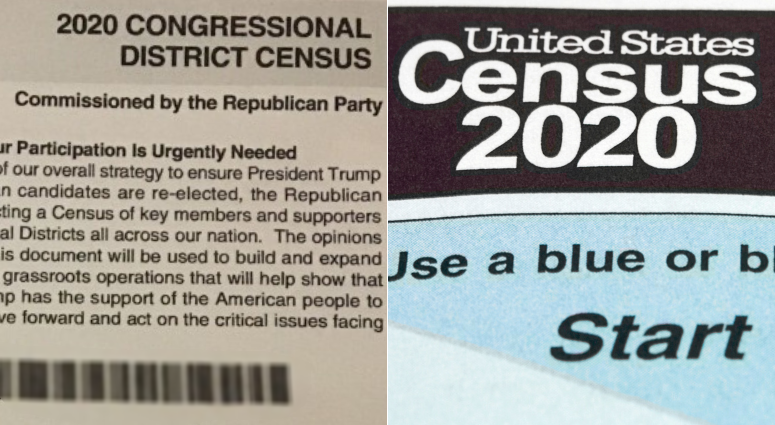 NORRISTOWN, Pa. (KYW Newsradio) — Delaware County officials are reminding residents to keep an eye out for the U.S. census — and don’t be fooled by look-alikes.
Delaware County Councilmember Christine Reuther said it’s not an uncommon tactic for nonprofits or similar organizations to make a mailing appear official — by using the word “census,” for instance — to entice someone to open it and fill it out.

A mailer from the Republican National Committee, for example, is titled “2020 Congressional District Census,” and it’s been getting a lot of attention. Reuther said there’s no law preventing this practice.

“People need to be vigilant and realize lots of different organizations are going to try to piggyback on the fact you will open the census envelope,” she said.

U.S. census mailings will be sent out in mid-March, so if you think you already filed one out, you haven’t.

For every person not counted in the U.S. census, Reuther estimated that Delaware County loses $2,000. So, missing 1% of the population would mean missing out on about $1.2 million a year.

“When you multiply that out, you’re well over a $1 billion over 10 years,” she added. “This would be additional money that would increase the amount of services we could provide. Otherwise, we’re serving fewer people, people have longer waits, or people get less in the way of services, and that’s not good for anybody.”

Traditionally, Reuther said the hard-to-count people are families with young kids, renters, and young adults, for various reasons, like they don’t always open their mail or they don’t want to tell someone about where they live.