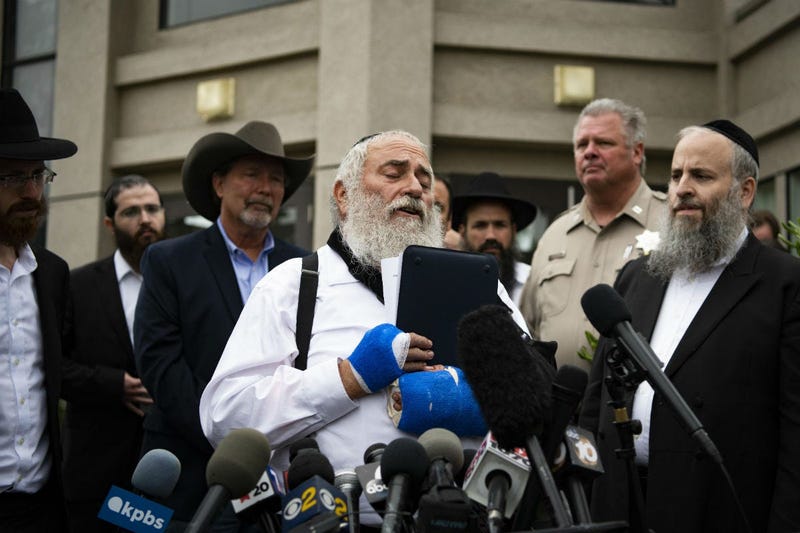 PHILADELPHIA (KYW Newsradio) — The rabbi who directs the Jewish Center at Drexel University says he wasn't surprised by the bold proclamation of his uncle Rabbi Yisroel Goldstein after being wounded in the California synagogue shooting over the weekend: "The nation of Israel is alive, and you can't stop us."

Rabbi Chaim Goldstein says he was ready to preside at a closing meal for Passover on the Drexel campus on Saturday when students brought news of the shooting in suburban San Diego.

When he learned of the name of the town where it happened, he thought it likely that his uncle was involved. But because of his adherence to orthodox tradition, he says he was unable to access media right away.

Goldstein says when he did finally confirm it happened at his uncle's synagogue, he was deeply concerned but relieved to hear he only was wounded by gunfire. He says his uncle was hit in the hand.

"I knew that he is the man who is able to handle such a thing, God forbid," he said. "And afterward, when I heard how he handled, it I was nothing but, like, amazed and also not surprised at his reaction."

Goldstein says he spent time with his uncle while he was studying in Los Angeles.

"I spent a few Shabbats, a few Saturdays at his synagogue," he said, "which actually was great, because I got to kind of learn from him. He was one of my role models."

He told CBS3 Eyewitness News that the man who was his mentor stood strong for his congregation and his faith.

Goldstein says as authorities were wheeling his uncle out after being wounded, he told them to stop, and he stood on a chair and made his proclamation.

Drexel's Goldstein says he was grateful his uncle survived and, by his example, showed that the Jewish people, whatever obstacles are placed in front of him, will endure.