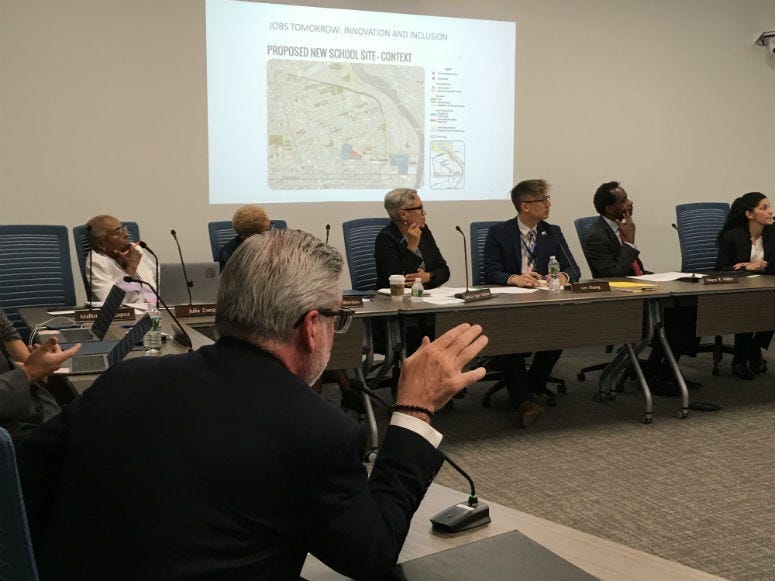 PHILADELPHIA (KYW Newsradio) — Drexel University is planning to build a new home for two Philadelphia schools. But before it can start, the university is asking the school board for help.

Drexel president John Fry says the university has secured about $29 million toward the $39 million needed for a new building to house the Powel Elementary School and Science Leadership Academy Middle School.

But Fry told the school board's finance and facilities committee that he wants the district to kick in the rest.

"What we'd like to do is respectfully request that you evaluate a submission of about $7 million to close the gap and to finish the financing for the project," Fry said.

The new facility would be built at 36th and Filbert streets on the site of the former University City High School, close to uCity Square and the developing Schuylkill Yards.

"That was an intentional thing. We really wanted to put the school right in the middle of what we think is going to be some of the fastest-growing and most exciting opportunities for growth in Philadelphia."

Drexel would own the facility, and the district would lease it for $12 a year. The school board is expected to consider the $7 million contribution at its meeting on June 27.