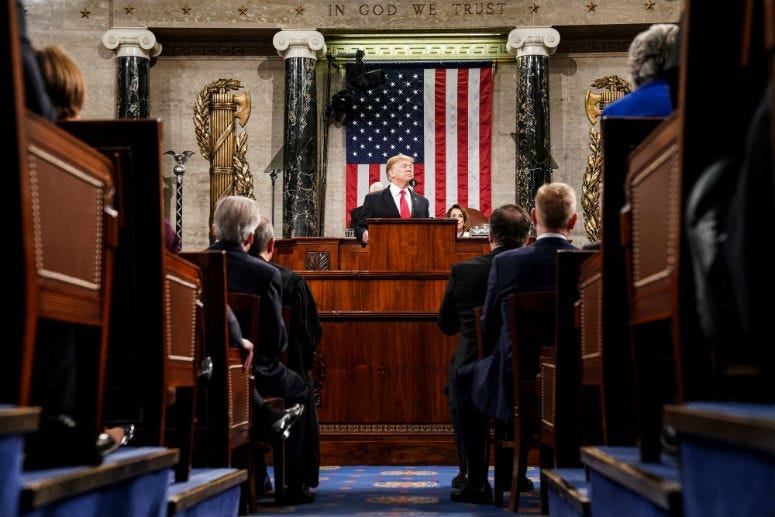 While the State of the Union had a major focus on building a wall on the country's southern border to combat illegal immigration, President Trump also paid a lot of attention to the economy.

But for Drexel University professor of political science Dr. Bill Rosenberg, one of the president's smaller comments is what resonated with him.

"What particularly stood out to me almost like a sore thumb, is the president making a reference about the investigations, the partisan investigations of his administration," Rosenberg said.

Rosenberg says the president leading a special birthday song for a holocaust survivor who was in attendance showed some unity between the parties.

"Was the first night that there's ever been a bipartisan 'happy birthday to you' song delivered on the State of the Union in the United States House of Representatives. So that was truly a unifying moment," he told KYW Newsradio.

He says the president's tone for the evening and his calls for unity are things that may have caught some viewers by surprise.

"All in all, I think he handled himself in a way that was very controlled and got his message out," he added.

Rosenberg says in addition to their response, over the next 24 hours, it's up to the Democrats put their spin on the president's speech.