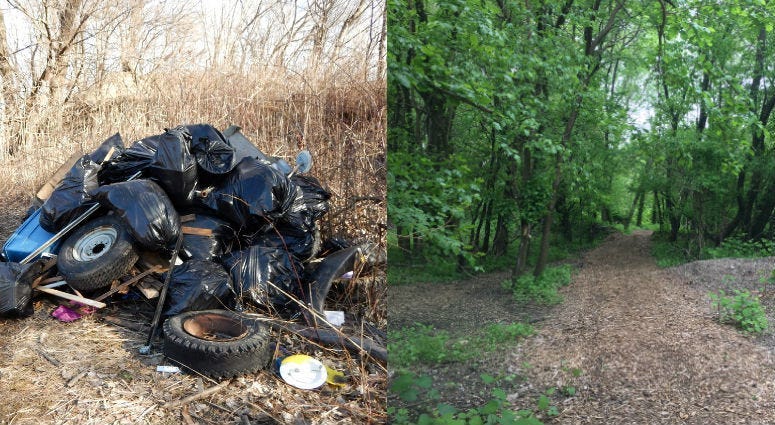 CAMDEN, N.J. (KYW Newsradio) — What had become a 35-acre dump site along the Delaware River in Camden’s Cramer Hill section is now a nature preserve.

The site along 36th Street just off the border with Pennsauken was home to a sewage treatment plant long since torn down. Over the last several years, the Camden County Municipal Utilities Authority worked, with a lot of help, to turn this into a park complete with trails taking you to the Delaware River near Petty Island, which is being turned into a state preserve.

CCMUA executive director Andrew Kricun wants to be sure the improvements put in place, stay in place.

“There’s signs everywhere about prosecution and dumping,” he said. “We have cameras on the park ground. I’ve already met with the Camden County Police Department and they will absolutely be prosecuting anyone that we find. So hopefully they’ll go find somewhere else to dump.”

After all, there aren’t many places in Camden where you can see eagles fly and deer graze in the woods.