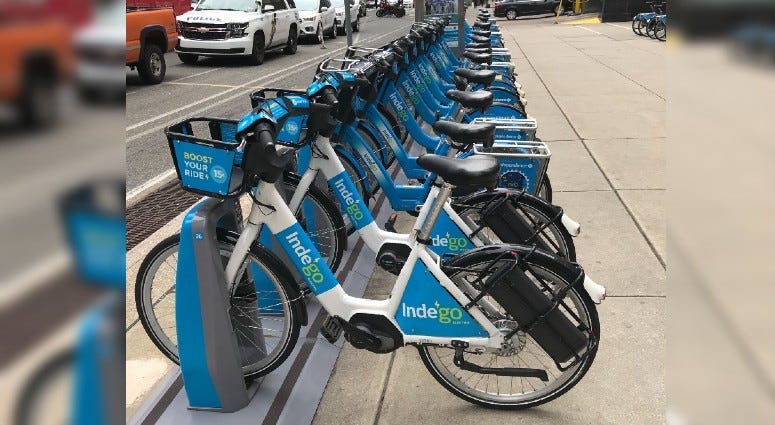 PHILADELPHIA (KYW Newsradio) — The city's transportation department rolled out electric bikes last year, and after some initial problems with missing bikes, it's back again this year. Some 300 e-bikes are already appearing on city streets.

Aaron Ritz, manager of the Philadelphia Transportations Program, says this year's e-bike fleet is more than double what it was last year.

"They attracted new people into the system, new people didn't know the standard procedure which is you check it out, you ride it, you return it," Ritz said of the ebikes that were not returned.

Since last season, some changes were made. For instance, gift cards from big retailers will not be acceptable to ride, and only credit cards can be used. And he says instead of a monthly billing cycle, e-bikes will now be managed on a daily billing cycle.

"If people are engaging in behavior that is destructive for the program, having a daily check in and a daily billing cycle really helps nip that in the bud," he explained.

Last year, the e-bike program had a fleet of about 120 bikes available. At the end of the year, Ritz says 10% were not returned. This year, the fleet is expected to have 250 bikes on the streets.

Currently, e-bikes can be accessed from Diamond Street to the Navy Yard, and from the Delaware River west to 48th Street. Ritz says for a big city, Philadelphia has an undersized bike share program, for now.