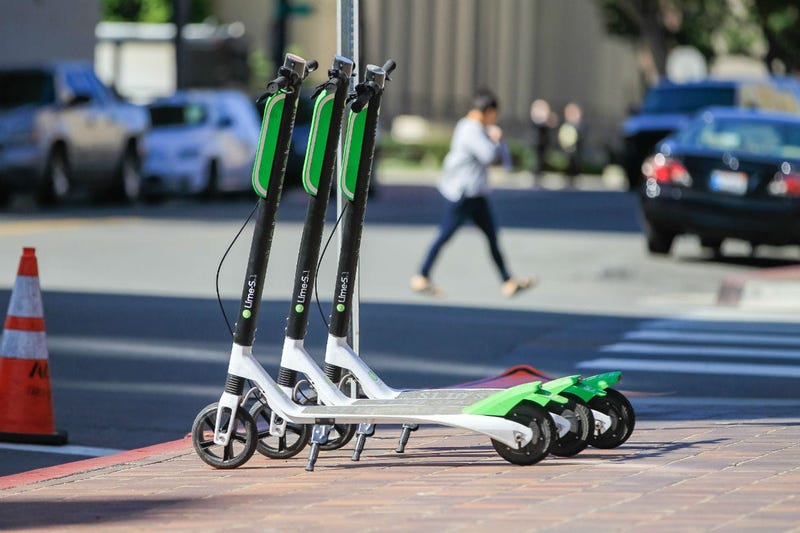 PHILADELPHIA (KYW Newsradio) — Electric scooters are propelling commuters around in more than 100 cities — but not Philadelphia.

A quirky, 16-year-old state law made Segways the only kind of scooter allowed on Pennsylvania streets and sidewalks. State Senate Majority Leader Jake Corman wrote the bill and said — at the time — he did it because he had a good relationship with Segway's lobbyist.

Scooter companies Lime and Bird deployed their own fleets in Harrisburg last year, and apparently won over state Rep. Greg Rothman, who's from the same rural district as Corman. Rothman put out a memo saying he intends to write a new definition for low-speed scooters and apply the same laws that govern bicycles.

Spokesman Shari Shapiro thinks someone in particular convinced Rothman to change the law: "His daughter has taken scooters in New York City and she enjoyed it and sees it as a great way to get around, and I think that made Rep. Rothman understand that it's something that people really like."

Randy LoBasso, policy manager for the Bicycle Coalition of Greater Philadelphia, said scooters could be a great option for Philadelphia, as long as they're available in every part of the city.

"We don't just want to see them only in Center City or on the Schuylkill Banks or something like that," he added. He'd also like to see the companies pay a fee to improve streets to make them safe. Councilman Derek Green has already called for hearings on deploying scooters.

"It's something we'll explore and investigate so we can bring this type of transportation to the city of Philadelphia," said Green.

Shapiro said Lime is ready to deploy in Philadelphia as soon as the state legislature and City Council pass regulations — but it's impossible to tell how long that will take.