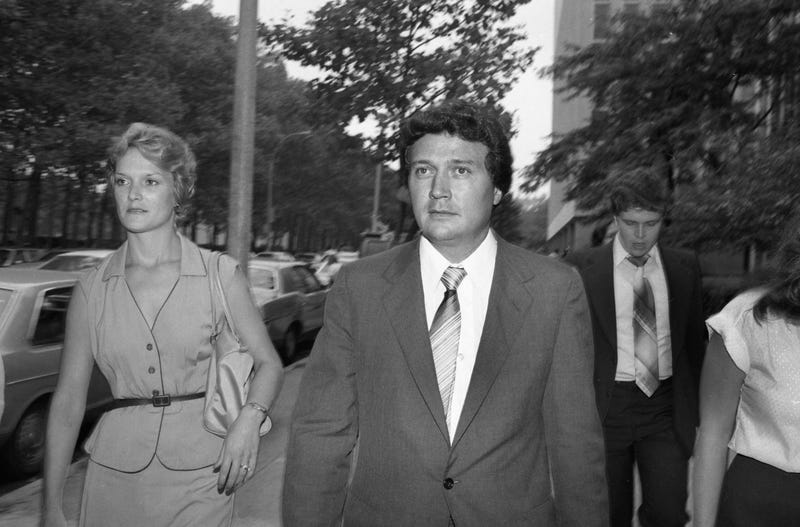 PHILADELPHIA (KYW Newsradio) — A former Philadelphia congressman, who was a major figure in the early 1980s Abscam scandal, has been indicted once again, this time for election fraud.

Michael “Ozzie” Myers lost his congressional seat in 1980 and was sentenced to three years in prison for his role in the Abscam investigation. He is probably best remembered for giving pop culture this famous line, which was secretly recorded by FBI agents posing as Arab sheiks: “I’m going to tell you something real simple and sure: Money talks in this business, and bull**** walks. It works the same way down in Washington.”

Myers has spent the years since his release as a political consultant, using his roots in Philadelphia Democratic politics to work for candidates in what are known as down-ballot races, such as judgeships, which are largely determined by ward leaders and committeemen.

“Specifically, Myers gave directions and paid money to Domenick Demuro, judge of elections in Philadelphia’s 39th Ward, who would illegally add votes to certain Democratic candidates on the primary ballots in 2014, 2015 and 2016,” McSwain said in a videotaped release that accompanied the unsealing of the indictment Thursday.

McSwain alleges that Myers paid Demuro $300 to $5,000 to add votes for candidates in those Democratic primaries.

Demuro was charged in an indictment in May and has pleaded guilty. Neither Myers nor his attorney could be reached for comment.

“Myers would solicit monetary payments from his clients in the form of cash or checks as consulting fees,” McSwain continued. “Myers would then take portions of these funds and make payments to election board officials in exchange for the officials tampering with the election results.”

McSwain said the judge cast a total of 113 excess votes in three primary elections. There’s no evidence those votes changed the results, but McSwain said it’s about principle.

“If only one vote has been illegally stuffed into a ballot box, the integrity of that entire election has been undermined,” he added.

Right-wing groups have seized the case as evidence that Democrats will rig elections.

Myers, 77, has been charged with eight counts, including conspiracy, voter fraud, illegal voting, obstruction of justice, and Travel Act violations for using a cellphone, allegedly to relay instructions to the election judge.

If convicted, he faces a maximum of 90 years in prison and $2 million in fines.