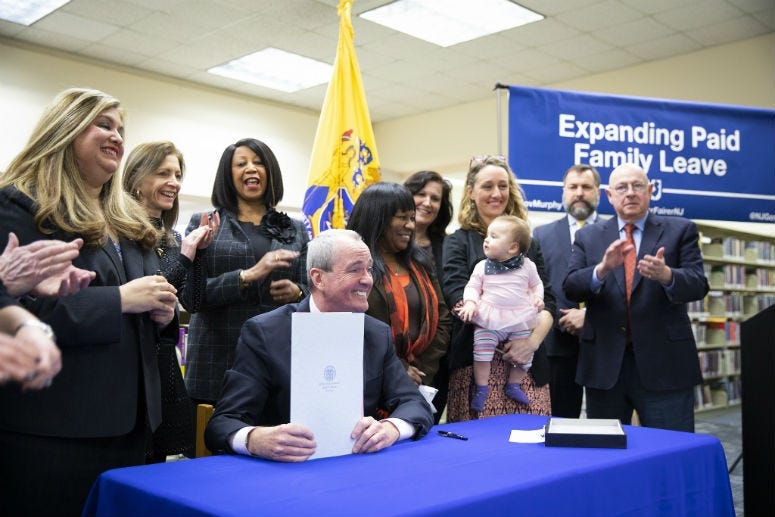 PISCATAWAY, N.J. (KYW Newsradio) — Workers in New Jersey will be able to take more time for family leave - and for more reasons - under a bill signed into law Tuesday by Gov. Phil Murphy.

Think of this as paid family leave 2.0 in the state. The expanded program allows workers to take up to 12 weeks a year of paid family leave, which is double the amount of the original 2008 law and helps make for what Murphy touts as the "most expansive" such benefits in the country.

"When we honor and protect workers, we strengthen our economy," Murphy said at the bill signing in Piscataway. "When you allow workers to take care of themselves and their loved ones, we strengthen families."

The maximum benefit jumps to $860 per week, which is up to 85 percent of an employee's weekly wage.

An employee or someone in their care who is a victim of domestic or sexual violence also is eligible for paid leave. And there are protections against employer retaliation.

The program also expands the list of family members who qualify as caregivers to include grandparents and in-laws, among others.

Paid family leave is funded by worker payroll deductions. But when added to his minimum wage increase and earned sick leave, Murphy is pushing back against critics who call his progressive triad burdensome on businesses.

"Morale goes up, productivity goes up, and more money goes into the system," Murphy said. "And increasingly, companies big and small realize that a happy workforce and a secure workforce is a key ingredient to their success."