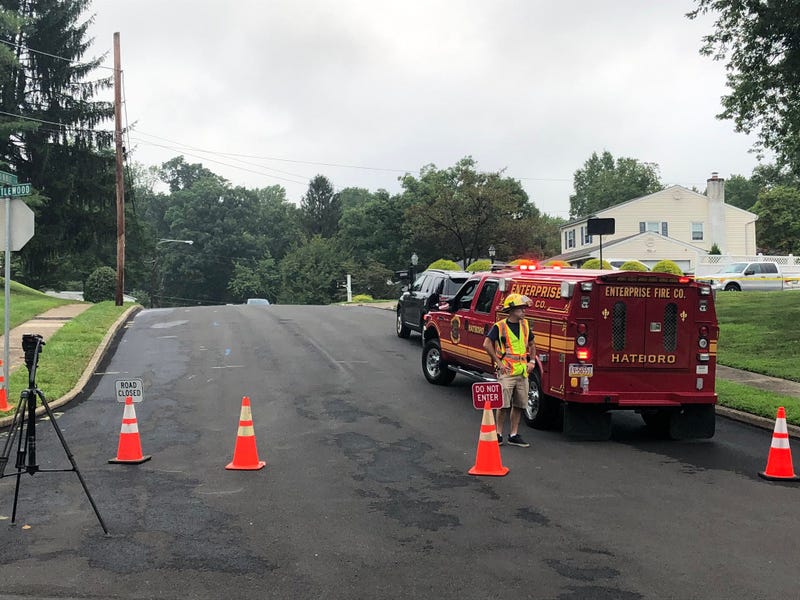 A lot of emergency personnel is on scene and still on their way. Please be aware of fire police EMS PD and FD in your rear view mirror and move over for them in the area of Davisville Rd between Byberry and County Line @UpperMorelandPA

Upper Moreland Township Police Chief Mike Murphy said the single-engine propeller plane, a Beechcraft Bonanza, went down in the backyard of a home near Morris Road and Minnie Lane, just off of Davisville Road, between County Line Road and Byberry Road.

Police say it slid on after making impact and hit a shed in the yard. A resident in the home called 911 to report the crash.

The plane had three passengers — a husband, wife and their daughter — whose identities were revealed Thursday afternoon. They were named as 60-year-old Jasvir Khurana; his wife, 54-year-old Divya Khurana; and their 19-year-old daughter, Kiran.

Jasvir Khurana was a doctor at Temple University who specialized in bone pathology. He also taught at Temple's Lewis Katz School of Medicine, according to his bio on the university's website.

Divya Khurana was also a doctor and professor of pediatrics and neurology at Drexel University's College of Medicine.

There is a large field of debris spanning the backyards of four properties, but there is no structural damage to houses, and no one on the ground was injured, according to a statement from the Montgomery County Department of Public Safety.

Neighbor Linda Alberson said the commotion woke her up.

"I heard a loud boom, and then I could hear a car going past. And I thought, 'What the heck was that?' Then five minutes later, I saw police cars flying down the road," she said.

The FAA is collecting debris. The plane took off from Northeast Philadelphia Airport and crashed three minutes later at 6:15 a.m. Based on the registered flight plan, investigators say the plane was headed for Columbus, Ohio.

Police are asking neighbors if they have any video of the incident.

The National Transportation Safety Board is investigating the incident, analyzing the aircraft, the pilot and weather conditions. They are expected to be on site for two to four days, but the full investigation may last a year. The cause of the crash may not be known for 12 to 18 months.

"This airplane did not have a black box nor was it required to have a black box, but we don't know yet. But we are hopeful to find some data to get that exact flight track. So that is something that will be part of the investigation, looking at exactly what was the flight profile of the airplane after takeoff," said Adam Gerhardt, an air traffic investigator with the agency.

Police say the FAA reviewed the flight audio recording and determined no distress call was made.