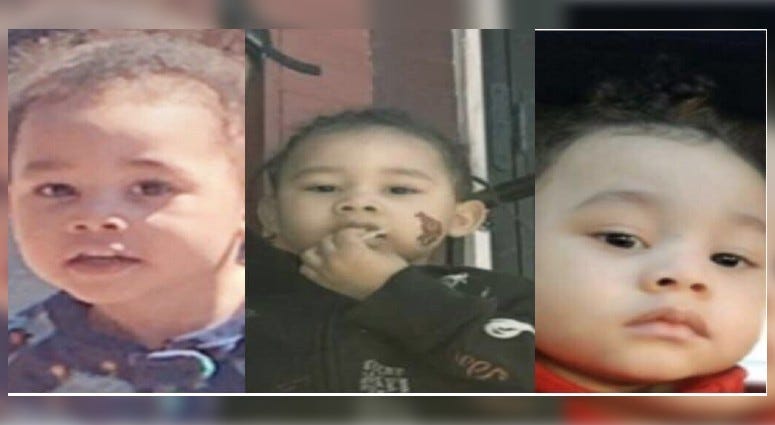 PHILADELPHIA (KYW Newsradio) — The FBI and Pennsylvania State Police are now helping Philadelphia detectives search for the missing 2-year-old boy who hasn’t been seen in about a week, after a babysitter told officers she dropped the toddler off at his mother’s house in Strawberry Mansion.

The mother of 2-year-old King Hill has another child with the man police call “the stepfather,” and the toddler was with him for the last few weeks, when he said he had a babysitter watch the toddler.

Captain of the Special Victims Unit Mark Burgmann said the babysitter told detectives she dropped off Hill to his mother on July 7.

“I believe that the stepfather reached out to her and asked her how the child was doing because he was going to drop something off at the house. That’s what alerted to her, he’s not here, and that’s when it all came to light,” Burgmann explained.

Burgmann said detectives have been working around the clock to locate Hill, scouring neighborhoods near 31st and Page streets — where the mother lives — alongside FBI agents.

“Their child abduction rapid deployment team, as well as profilers from their behavioral analysis unit, are here working alongside us, as well as members of the state police,” Burgmann said.

He said the babysitter, mom and stepfather are all cooperating.

“We are in constant communication with the family. We speak to them at least on a daily basis. The family misses the child very much and they want him back,” Burgmann added.

Officials are pleading with the public to call in any information, no matter how insignificant it seems.

“We are leaving no stone unturned,” Burgmann said.