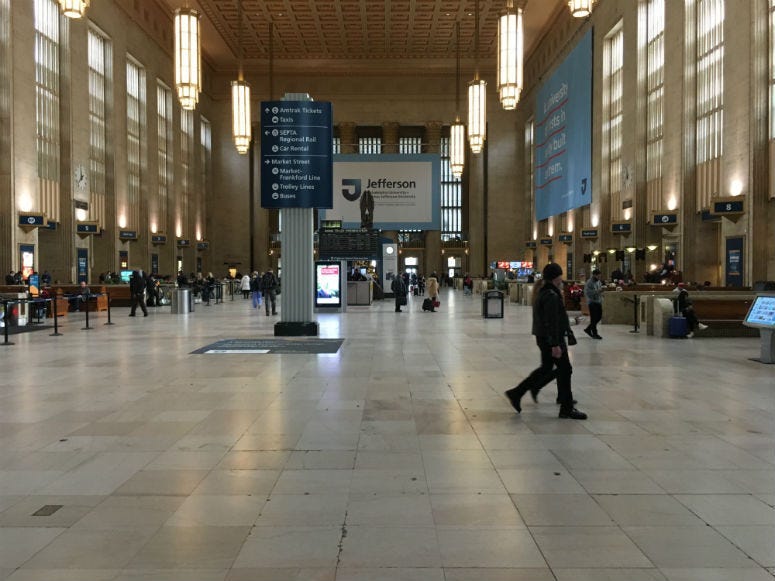 PHILADELPHIA (KYW Newsradio) — The company pitching Amtrak on a new schedule board for 30th Street Station will have one of its split-flap boards keeping track of pitches at Citizens Bank Park this season.
The sound of rotating split-flap modules is always in the background at Oat Foundry, the engineering firm offering to build a state-of-the-art, ADA-compliant ticker board to replace the one at 30th Street Station recently retired by Amtrak.

Ballpark ticker: @OatFoundry CEO Mark Kuhn shows off the technology behind the split-flap board his firm is installing at the new Pass and Stow bar ar Citizens Bank Park. The story today on @KYWNewsradio @Phillies pic.twitter.com/1vFVadtknD

"We have a pretty good business case for it, which is the people of Philadelphia want this thing to be here and it satisfies all of the technical requirements. And so we're in a kind of good running there," said Oat Foundry CEO Mark Kuhn.

Kuhn says Amtrak is making sure his firm's proposal will meet its technical requirements as the beginning of what can be a yearlong procurement process. In the meantime, an Oat Foundry split-flap sign is going in at Citizens Bank Park. It'll show balls, strikes and scores at Pass and Stow, the bar replacing McFadden's.

READ: What's next for 30th Street Station split-flap schedule board?

Kuhn says syncing with the TV delay will be a challenge.

"The sign is integrating with their back-end system, to be able to show the real-time scores.  Real-time is a bit of a tricky thing, because you don't want the sign to show scores before the TVs do for any of the people in the bar. So making sure that we can get the timing right is critical," he explained.

The six-year-old company was founded by a half-dozen Drexel University graduates, and last month moved from Bensalem to new quarters at the Arsenal Business Center.