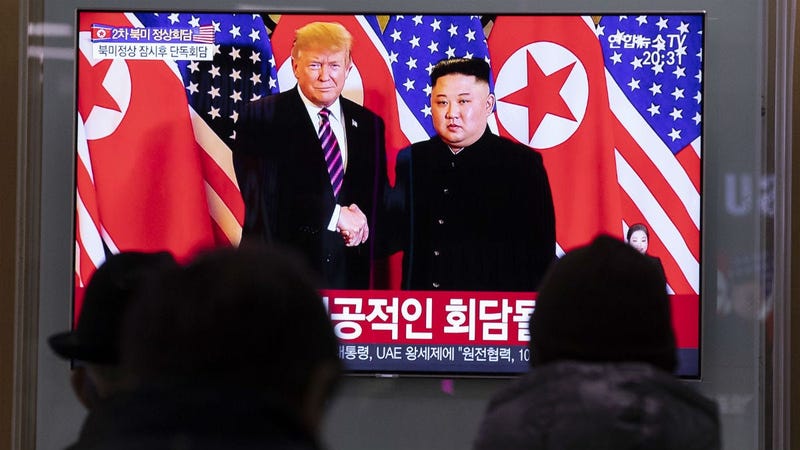 PHILADELPHIA (KYW Newsradio) — The summit between U.S. President Donald Trump and North Korean leader Kim Jong Un ended without a deal. What does that mean now and down the road?

"I'm confident that they will keep working with each other but I really wonder what they'll be talking about and how big the disagreements really are, because frankly, we don't really know," said Benjamin Katzeff Silberstein who spoke, via Skype, to KYW Newsradio from Seoul, South Korea.

Silberstein, a Templeton fellow with the Philadephia-based Foreign Policy Research Institute, and a University of Pennsylvania Ph.D candidate, is doing research there.

"I can tell you that the mood here in Seoul, at least as far as I'm able to see and sense right now, is fairly bleak," he said. "The expectations on the outcome of the summit here in Seoul was, at the very, very least, some tenets of ... cooperation between North and South Korea, would be made possible by some sort of sanctions relief given to North Korea."

But without a deal, he said, the standstill between the U.S. and North Korea means there can be no progress between the Koreas. So, the expectation going forward from Silberstein is more involvement from South Korean officials.

"They probably already are trying to mediate things," he said. "It's likely that we'll see a repeat, another summit, when both the two parties sort of have agreed on more tangible things."

However, what remains, according to CBS News Military Consultant Jeff McCausland, is Kim Jong Un's reliance on nuclear weapons as a way to hold on to his power.

"North Korea has about 25 million people, and 10 million of them, we believe, may be malnourished at any given moment. In many ways, that's not Kim Jong Un's ultimate objective — taking care of his population, as he's a brutal dictator," McCausland said. "His ultimate objective is to create a process whereby his regime is going to survive into the future."