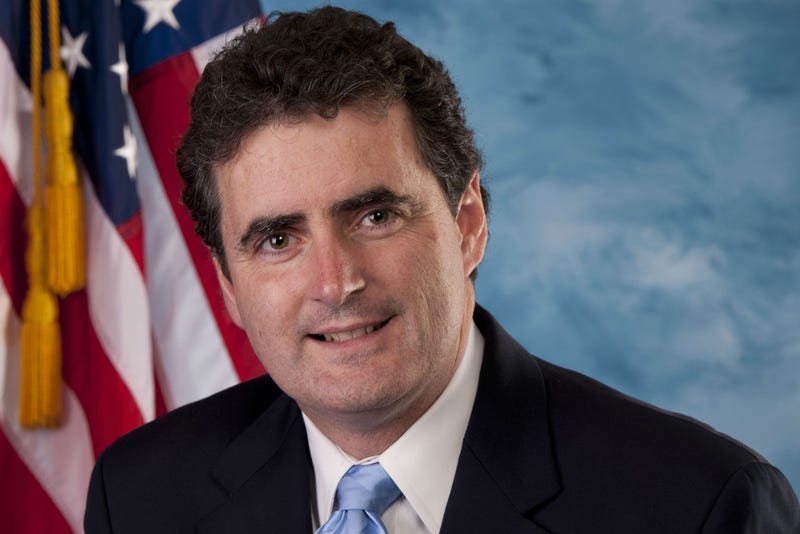 BUCKS COUNTY, Pa. (KYW Newsradio) — Former Bucks County Congressman Mike Fitzpatrick has died at the age of 56, after a 12-year battle with cancer.

The Republican was a four-term U.S. representative, first elected in 2004. He lost his first re-election bid, but after beating colon cancer in 2008, he won the congressional seat back in 2010, pledging that he would not serve more than three terms. He lived up to that pledge, retiring from Congress in 2016.

His brother, Brian Fitzpatrick, won the seat in 2016.

"I get very emotional about my family," said Brian Fitzpatrick, who won re-election in 2018. With his brother by his side, he choked up on stage at the victory party.

"The last time there was a midterm like this, it was my brother Mike, and he came out just short. We came out on top. There were a lot of emotions, and I wanted to have him up there with me," he said that night.

Before his time in Congress, Mike Fitzpatrick was a Bucks County commissioner for 10 years.

Brian Fitzpatrick said his older brother was his hero and best friend. "Ever since I was little, I wanted to live up to him and be just like Mike in every way. He was the greatest brother and the greatest public servant our community has ever known."

U.S. Sen. Pat Toomey, R-Pa., made a public statement on Monday: "Congressman Mike Fitzpatrick served our commonwealth and country with great integrity, competence, and dignity. During his time as a Bucks County commissioner, and then as a member of Congress, Mike proved time and again that it is possible to work across the aisle to make progress while remaining true to one's principles."

Former Congressman Pat Meehan, who served in the House with Mike Fitzpatrick, said he was impressed by the way his colleague handled his cancer's recurrence. And, he noted how Mike Fitzpatrick was motivated to benefit his constituents, not himself.

"He was incredible in the courageous way in which he dealt with, not only the challenge of the cancer, but the way he continued to fight for his district," Meehan added. "I hope people look at Mike as an example of the kind of public servant that is really focused on the right reasons to be in service. He never asked for much of anything from it. I think he did it out of a sense of duty and obligation to his country, to his community, to his faith."

I’m saddened to hear of the passing of former Congressman Mike Fitzpatrick.@RepBrianFitz & family are in my thoughts & prayers.https://t.co/JeyfwqPEeO

Mike Fitzpatrick's legacy can be seen locally, as well.

Ellen Saracini reached out to Mike Fitzpatrick when her husband, Victor, pilot of United Airlines Flight 175, was killed during the 9/11 terrorist attacks.

"In D.C., Mike worked with me on legislation for a bill to install secondary barriers on all aircrafts," Saracini recalled.

That legislation, known as the Saracini Aviation Safety Act, is in effect to this day.

"He believed, as I did, that we had to close this gaping vulnerability on our flight deck so that we could never allow a repeat of terrorists breaching the cockpit again," she said.

Mike Fitzpatrick also worked to make sure all Bucks County residents who died in the attacks would be remembered, Saracini said, by getting them get a $750,000 grant to complete the Garden of Reflection in Lower Makefield Township.

"I've known Mike since I was a young ADA, and he was a commissioner. He was somebody I sought to emulate in all of my years in public service," Weintraub said.

He said Mike Fitzpatrick's ability to work with so many different people is one of the main reasons he was able to win and serve four terms in Congress.

"He was an exceptional public servant. It didn't matter what your affiliation was, whether you were rich or poor, which part of the county you came from. He always strove to treat everybody the same," he said.

"Just a kind and decent man. He was one of Bucks County's best and brightest sons."

Congressman Mike Fitzpatrick served our Commonwealth with distinction, demonstrating countless times his willingness to reach across the aisle and put people before politics. Sending my deepest condolences to @RepBrianFitz and the entire Fitzpatrick family.

Gov. Tom Wolf ordered the United States and commonwealth flags at all state facilities and public buildings and grounds to be flown at half-staff to honor Mike Fitzpatrick.

The Fitzpatrick family said he died of melanoma, peacefully, and surrounded by family. He leaves behind his wife and six children.