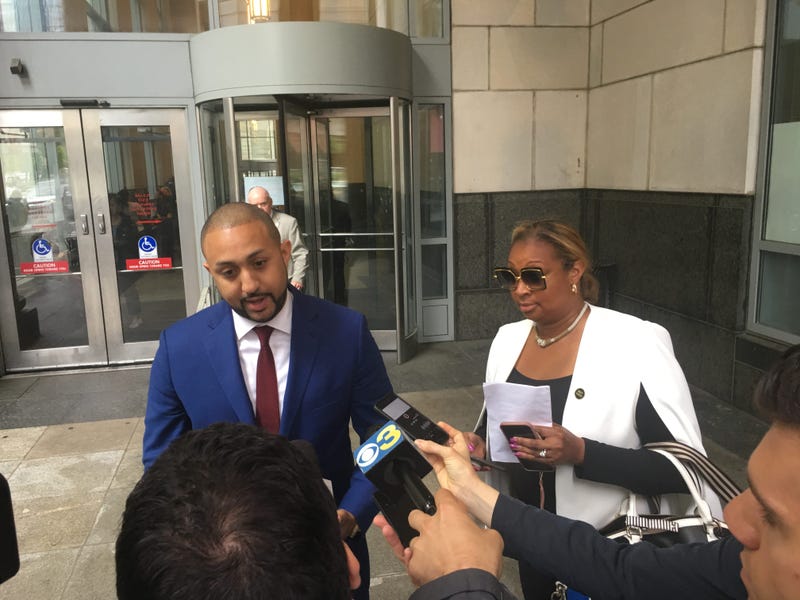 PHILADELPHIA (KYW Newsradio) — Former City Representative Desiree Peterkin-Bell has pleaded guilty to five charges, including conflict of interest, tampering with records, and receiving stolen funds, as part of plea agreement with Pennsylvania Attorney General Josh Shapiro.
Judge Scott DiClaudio sentenced her to three to 23 months of house arrest as part of the plea, with a year of probation.

Former City Rep Desiree Peterkin-Bell has pled guilty to theft. Peterkin-Bell should have used her high-ranking position to serve the people of Philadelphia.Instead—she stole from them.My Office will prosecute *anyone* found abusing their position of power.— AG Josh Shapiro (@PAAttorneyGen) May 10, 2019

She admitted in court to taking city money and misusing funds.

Dressed in a black one-piece and white, sheer cape, Peterkin-Bell addressed the media outside the Criminal Justice Center.

"It was easier to target a black working mother, who no longer worked for the city and had spent countless hours being committed to this city," she said, claiming the state Attorney General's Office only had its focus on her, rather than powerful leaders who are being bribed and participating in pay-to-play schemes.

She declined to say who she was referring to.

Peterkin-Bell noted she takes full responsibility for her actions.

"I am grateful for the opportunity to pay back the money," the 41-year-old said. "God is good."

"Other people who did the exact same thing were given the opportunity by the Attorney General’s Office not to be charged but only to pay back the money and deal with the Ethics Office," added her attorney, Michael Sterling. He didn't specify who the "other people" were.

Peterkin-Bell was a representative under former Mayor Michael Nutter. State authorities said she used the money to create a “lavish lifestyle” for herself, spending it on travel, shopping trips and meals.

Additionally, they said she also misspent more than $250,000, which was supposed to be dedicated to the city’s annual bike race.