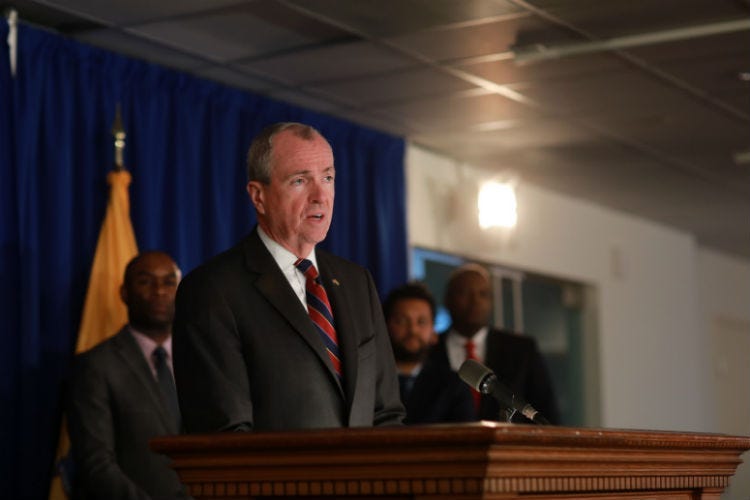 TRENTON, N.J. (KYW Newsradio) — Monday is D-Day in the New Jersey legislature when it comes to a series of bills aimed at legalizing adult-use marijuana. And no one’s quite sure how it’ll go.

Gov. Phil Murphy joined more than a dozen social justice advocates in a clear effort to press those opposed or on the fence to support what everyone admits is not a perfect plan.

How pivotal is Monday? Murphy said “It’s now or never, as Elvis Presley used to say."

READ: Legal marijuana for adults in NJ? A toss up as a deadline approaches

The governor insists this is more a matter of fairness than anything else, that minorities have been victimized by the war on drugs for far too long and this legalization effort, along with making it easier to clear criminal records for possession, can go a long way to make things right.

“The expungements, both real and virtual associated with what we’re trying to do on Monday, is historic and unprecedented,” Murphy added.

Inclusion of minorities and women in retail licenses will also help them economically.

But the governor says the social justice issue is what got him on board with legalization.

Those who joined Murphy ranged from the ACLU to the NAACP, whose president says the package of bills would go a long way to righting racial inequities.

Several members of the faith community from across the state were also on hand.

Gov. Murphy won’t predict the outcome on Monday, save for it’ll be close. And should the votes not be there, he’s prepared to approve additional medical marijuana licenses. But he’d clearly prefer the option now on the table.