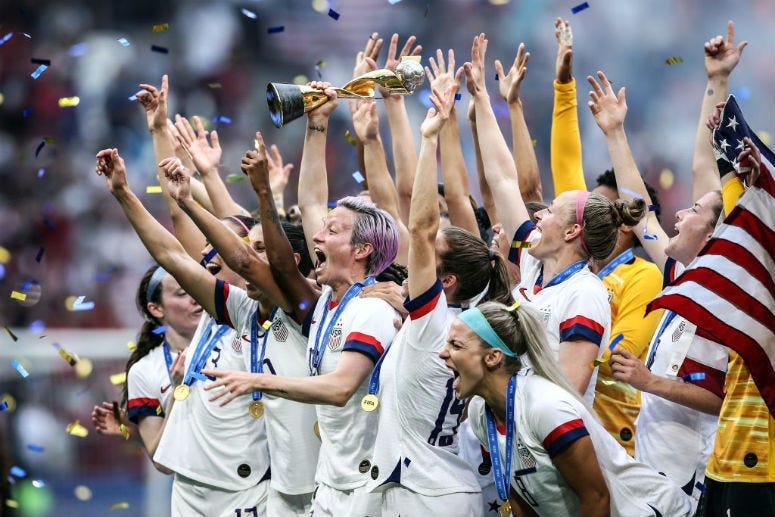 PHILADELPHIA (KYW Newsradio) — The wage disparity among men and women soccer players is in the spotlight after Team USA won the Women's World Cup. But the road to pay equity is complicated.

The international crowd at the Women's World Cup was on its feet, chanting for equal pay for Team USA.

"We have a clear example of gender bias in the workplace, although it's about athletics and sports, and people tend to think of entertainment as different, this is what happens in many work places," said Terri Boyer, director of the McNulty Institute for Women's Leadership at Villanova.

Boyer says however, this is a complicated issue involving not only the international soccer federation, FIFA, but also the unions representing men and women's teams.

"We are two different entities operating under one federation. We have each our own CBAs that we negotiate and completely different pay structure," explained Alejandro Bedoya, who plays for the Philadelphia Union.

Bedoya says the women's team is subsidized by the U.S. Soccer Federation, and women get annual guaranteed salaries. He says male players are paid based on roster appearance and play, plus bonuses for wins.

"Absolutely, I agree they should get equal pay. But how do you get there? Do they want the same structure that we do? That's a question you have to ask them," Bedoya said.

"At this point, you have a pretty good chance of seeing some rectifying of the equal pay issues that they have brought to the fore," Boyer said.

But Boyer says some of these women who have been playing for four to 12 years for the women's team will never be able to recoup all the money they deserve.