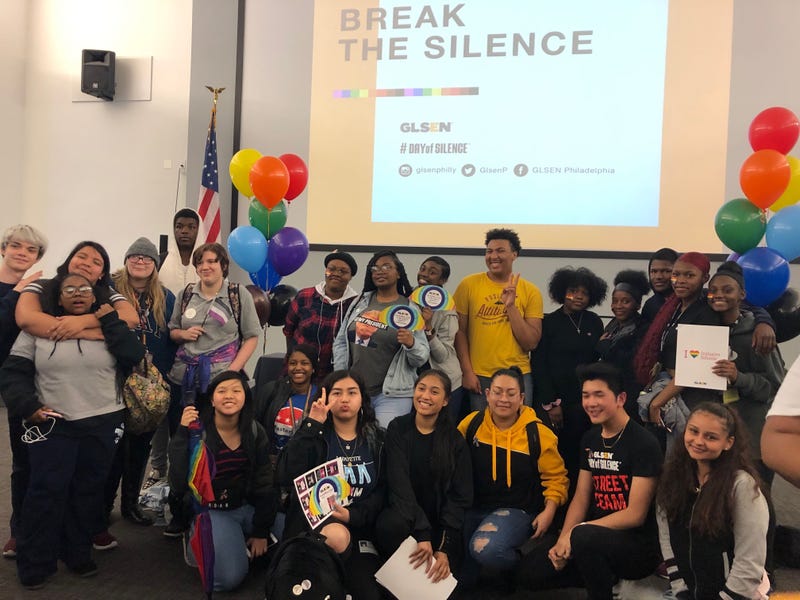 PHILADELPHIA (KYW Newsradio) — A major step to make sure schools in Philadelphia are LGBTQ-inclusive has arrived. The education organization GLSEN officially launched GLSEN Philly on Friday.

"GLSEN Philly aims to support all LGBTQ students to ensure they are receiving the support they need to alleviate the barriers that may hinder them as they aim to reach their potential," explained principal Lauren Overton, who is leading the charge with another principal in the city, Michael Farrell.

After a #DayofSilence, @GLSEN has officially launched in Philadelphia. The goal is to create safe and inclusive schools for LGBTQ students @KYWNewsradio pic.twitter.com/tEbN36zgga

She acknowledged the School District of Philadelphia has progressive policies already in place, but said those policies merely existing isn't enough.

"We want to ensure they are being implemented with fidelity at every school so every child, regardless of where they live, knows that when they attend a school they will be safe and supported," said Overton.

As a principal at William M. Meredith School, she sees some of the struggles of LGBTQ students on a daily basis.

"I'm at a school where there are students who are still called names, use slurs against students, don't understand when a student doesn't fit into the gender binary of male, female, boy, girl. And I think that its just about breaking some mindsets."

High school senior Anais Canepa, who attended the launch, recognizes some of the struggles too.

"A lot of the issues are mainly based around gender stuff right now," she told KYW Newsradio. "A lot of sexuality is becoming more and more accepted, but trans students are really struggling."

She couldn't be happier that GLSEN Philly now exists.

"I'm so excited for it to finally launch because I feel like this is something that's really needed in the city," she added.

There are over 40 GLSEN chapters throughout the country.

Prior to Friday's launch in Philadelphia, GLSEN's annual Day of Silence took place, where people take a vow of silence for an entire day to highlight the silencing of LGBTQ students.