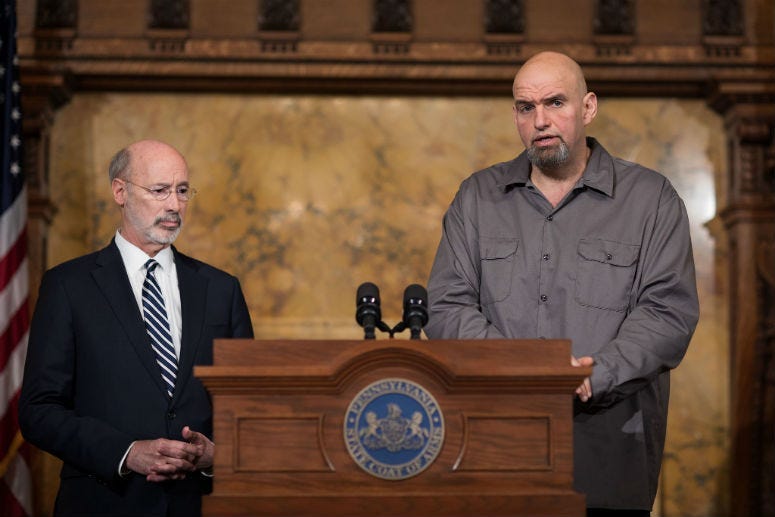 More and more states are successfully implementing marijuana legalization, and we need to keep learning from their efforts. Any change would take legislation. But I think it is time for Pennsylvania to take a serious and honest look at recreational marijuana. https://t.co/LHOmYKzMyp

"What is the view, this year, not what was the view back in 1962. What's the view right now, in Pennsylvania as to what we ought to be doing here," Wolf said.

Now, Wolf is backing up his talk by sending the state's newly elected Lt. Gov. John Fetterman on the road for a statewide listening tour to look at the possibility of potentially legalizing pot.

"We're not just going to where support is really, really high. We're going all across Pennsylvania to fully understand where each and every constituent that has an opinion is able to weigh in," Fetterman said.

Fetterman, a liberal Democrat who supports legalized recreational marijuana, says the tour is not a rallying cry for his cause.

"My personal views, they're not important. This is a listening tour, and we really want to hear what people have to say," he added.

The tour, which will hit all of the state's 67 counties, starts in February.

"We'll also have a mechanism where voters can log their issues and their ideas and their opinions online as well," he said.

When Wolf gave his opinion in December, Republican state Senate Majority Leader Jacob Corman III said in part, legalizing the drug for recreational use is reckless and irresponsible.