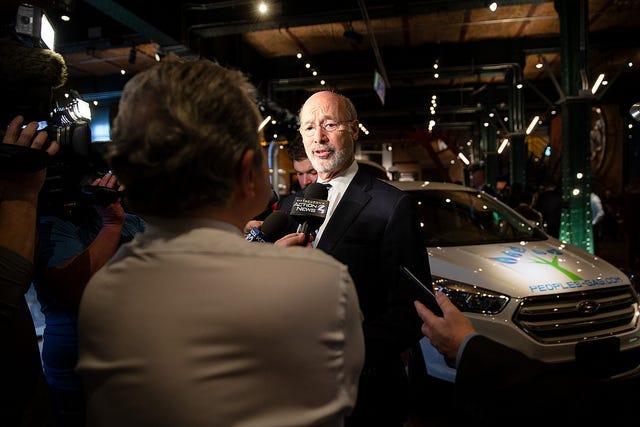 HARRISBURG, Pa. (KYW Newsradio) — On the same day researchers released an analysis showing that carbon dioxide emissions increased in the U.S. for the first time in years, Gov. Tom Wolf has signed an order creating a goal for state agencies to reduce emissions in Pennsylvania.

Wolf has signed an executive order creating the GreenGov Council, which will oversee the effort by state agencies to reduce carbon dioxide emissions, in part by reducing overall energy consumption by three percent per year.

There will be an effort to replace 25 percent of the state’s passenger car fleet with electric-powered vehicles by 2025, and to have renewable energy provide at least 40 percent of the Commonwealth’s annual electricity use.

Making the announcement in Pittsburgh, the governor contends protecting the environment and growing the economy are not mutually exclusive goals.

“Addressing climate change is too important to be captive to partisan politics or empty rhetoric. (We) cannot afford to see it as a false choice between the jobs and environment,” he said.

The goal is a 26 percent reduction of greenhouse gas emissions by 2025, compared to 2005 levels.