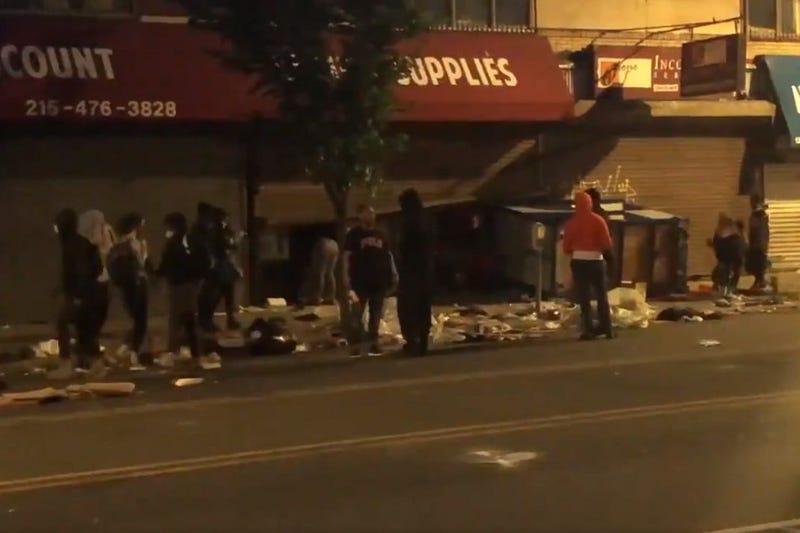 PHILADELPHIA (KYW Newsradio) — Philadelphia's Merchants Fund is reaching out to the owners of small businesses in West Philadelphia that were looted or damaged by fires during the recent unrest.

Jill Fink, the fund's executive director, says she was personally devastated after surveying the damage and speaking with people in the neighborhoods.

Fink says these same businesses first were hit by the COVID-19 closings in March, and the fund stepped in with assistance grants to help many of them pay the bills and their employees.

Now, the organization is distributing $5,000 grants to help the shop owners to repair the damage, rebuild and reopen.

She says the organization is especially focusing on helping minorities, people of color, immigrants, women and so-called mom-and-pop shops.

Fink says the fund recognizes that there is more at stake than a building or storefront.

“It’s also about the merchant. It’s about the individual and their family," Fink said. "And sometimes we might not be able to help them to save their business, but we can ensure that they have some time to figure out what their next move is and, in the meantime, can still pay their bills and feed their families.”

Fink says she has been inspired by both the determination of the small-business owners and the generosity of fund donors -- "a lot of people that have reached out and said, ‘We wanted to do something, and we never knew the Merchants Fund existed, and so I’m so happy to know that I can give this money to you and you’ll get it to a business who needs it.'"

The Merchants Fund in Philadelphia has been distributing charitable gifts to small businesses facing financial hardships for more than 165 years.