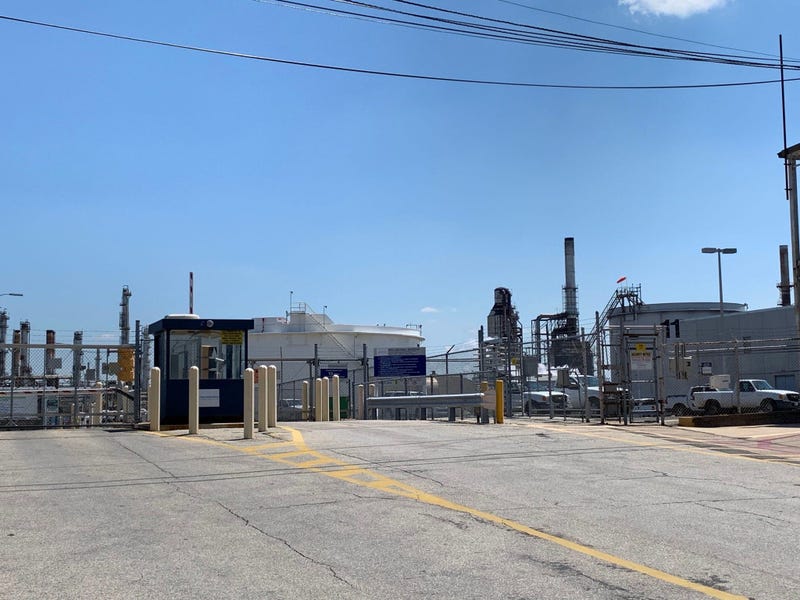 PHILADELPHIA (KYW Newsradio) — An environmental group claims federal data shows the Philadelphia Energy Solutions refinery in South Philadelphia was one of the most prolific emitters of toxic benzene of any refineries across the country, endangering the health of thousands.

The Environmental Integrity Project claims the federal EPA's yearlong measurements of fenceline air monitors shows the PES refinery released the toxic gas created as part of the refining of crude oil into gasoline at alarming levels.

And, following the June explosion and fire at the refinery there, levels spiked even higher.

The EPA data showed PES was releasing levels of benzene from its property at more than 400% above acceptable levels.

The environmental group says PES put the health of thousands of people who live near the plant at risk.

But James Garrow, a spokesman for the Philadelphia Health Department, says the city has had the EPA data for months and compared it to its own data from a monitor in Point Breeze.

He says the city doesn't concur with the group's dire warnings.

"Yes, there was benzene in the air found in the study, but we never felt that it was a threat to human health there in South Philly," Garrow said.

"Pollutants like benzene tend to pool and concentrate in certain areas depending on weather conditions and wind direction and other things. So, you can't pick a couple of monitors especially when they're not in the pathway of the plume and just rely on those to assure everyone that the benzene levels everywhere are acceptable," said the environmental group's top executive, Eric Schaeffer.

There are no detectable levels of benzene now since the refinery's shutdown after the fire.