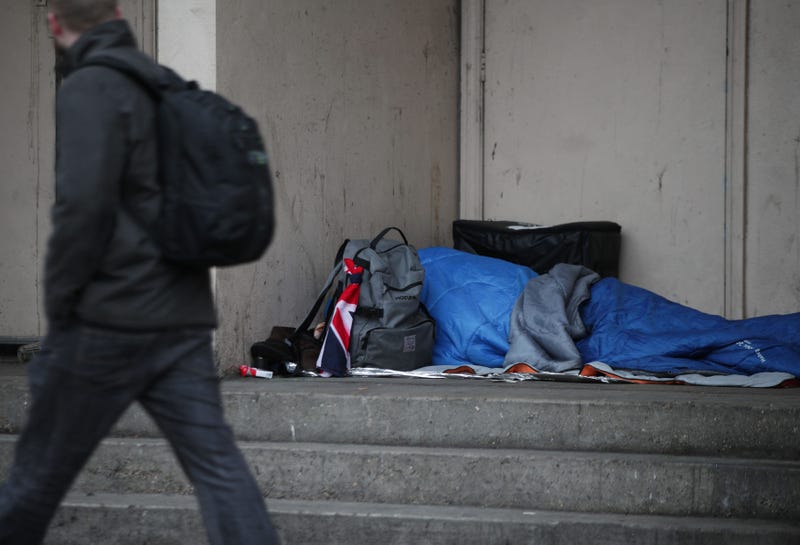 PHILADELPHIA (KYW Newsradio) — The numbers are now in from Philadelphia's annual count of homeless people out on the streets of the city, and city officials say they show some progress.

Back in January, Philadelphia had its annual "Point in Time" count. After crunching the numbers and analyzing the data, city officials say they counted 1,139 homeless people during the overnight hours Jan. 23 into Jan. 24. That is 56 more people than last year.

Liz Hersh, the director of the city's Office of Homeless Services, says they would rather see that number go down, but things seem to be trending in the right direction.

"The rate of growth in the number of people who are on the street has dropped," Hersh said.

"You have to slow the train before you can stop it. So, we’re really pleased to see that we’ve slowed the rate of growth," she said. "What that means is: What we’re doing is working."

Hersh says expanding outreach and adding 200 shelter beds and 350 long-term housing units in the city has made a big difference.

She says the Resilience Project, a response to the opioid crisis, has also helped.

The PIT count is just one factor used to determine how much money comes in from the federal government. Recently, The Department of Housing and Urban Development announced that Philadelphia would be getting nearly $35 million.

"It funds about 2,400 units of permanent housing," she said. "A lot of that is renewals. That’s not a lot of new beds or new units that come online; that is just keeping people where they are. So, if we lost that money, we would see an influx of new people onto the street, which would be a terrible tragedy for them and a disaster for us."

Looking ahead to the 2020 PIT count, Hersh said she does not have a specific goal or figure to reach, acknowledging a lot of factors beyond their control: the opioid crisis, the need for more funding, the economy.

The key, she said, is to keep plugging along.

"That’s what we focus on: doing as good a job as possible to really meet the needs of the human beings who are out there and try to get more resources so we can help more people."