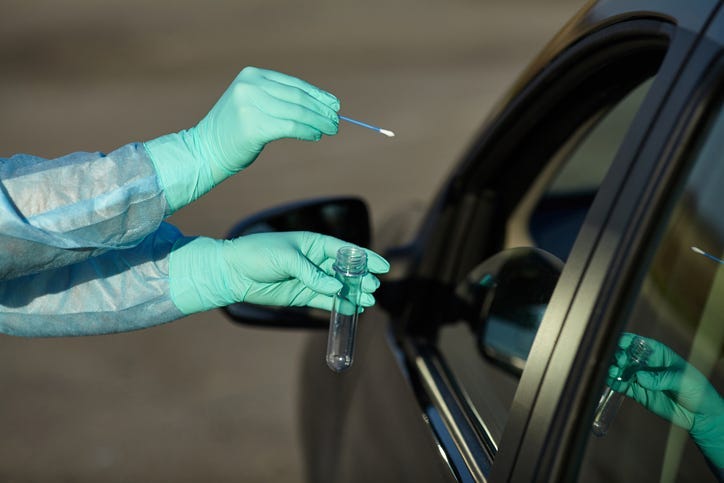 He says using those diagnostic tests, like the PCR nasal swabs for mass surveillance, are just clogging up the labs and not telling us anything useful about the spread.

“So what I would like to see happen is to start using testing out of the diagnostic realm as a true public health tool to break transmission chains,” he said.

For example, using paper strips that could be less than a dollar each and mailed out in bundles so everyone could test at home each morning.

“For one-tenth of the recent stimulus we could get one of these tests in everybody’s hand every single day for a month or for a year or so,” he added.

The technology is there, but he says the FDA classifies every test the same, and to meet those standards, these tests would be too complicated or too expensive.

But the CDC, for example, could define the tests as a public health tool, which he says could have an immediate impact.

Mina notes it could be done for a fraction of the cost of stimulus packages, which wouldn’t be needed as many people could return to work and everyday lives.

As for anyone who says how can you guarantee it would work perfectly every time, he says you can’t.

“But we have to look at what is happening today, which is nothing. We essentially have no public health surveillance that is actually useful to stop transmission chains,” he said.

For more information, listen below: