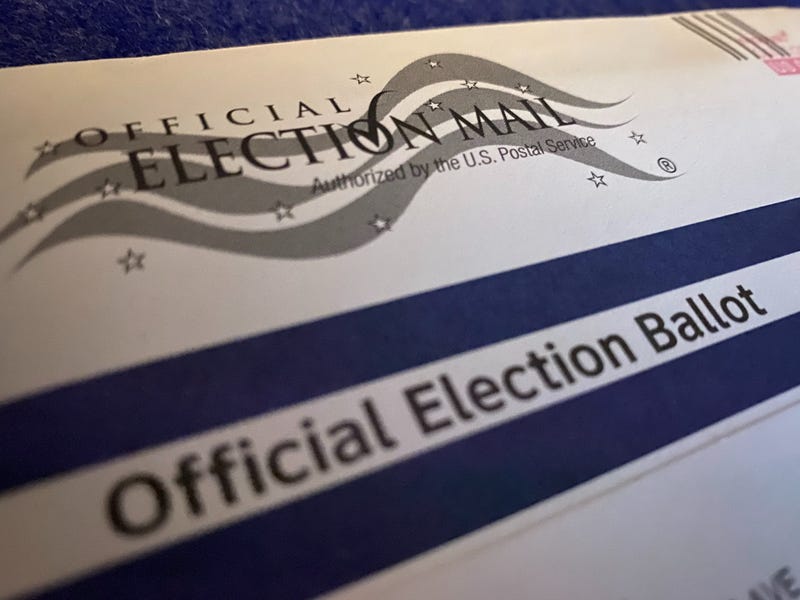 EAGLEVILLE, Pa. (KYW Newsradio) — Tuesday is the last day to sign up to receive a mail-in ballot for the Pennsylvania primary. But if you haven’t mailed it back by now, it may already be too late.

Montgomery County Commissioner and Election Board chair Ken Lawrence said the U.S. Postal Service is experiencing delays, and it could take eight to 10 days for your ballot to be delivered — well past the June 2 deadline.

“What we’ve been seeing from the mail delivery shows that even if you put it in the mail today, there’s a high likelihood it won’t get back in time,” said Lawrence.

He recommends people make use of the county’s five secure drop-off boxes, which are in Green Lane, Pottstown, Willow Grove, Lansdale and Norristown. The specific locations and times of the drop-off boxes are listed on montcopa.org.

Officials tried to pick locations where each geographic part of the county had access, but because the boxes are hard to come by and they must be staffed at all times, Lawrence said they had to limit the total number of drop-off sites.

“There’s a challenge to getting these boxes during the pandemic. There’s also a staffing challenge … because we aren’t just putting them somewhere and going, so we have to make sure we have the proper staffing for it,” he noted. “We’re doing the best we can, but we do not have unlimited resources for the boxes or for personnel to monitor the boxes.”

And per the Pennsylvania Election Code, you can only drop off your own ballot, no one else’s. You can’t bring other people either, even from your family or household.

He acknowledged the rules are frustrating amid an ongoing pandemic, but it is a state law.

If you requested a mail-in ballot but you didn’t receive it in time or you didn’t send it back, you can’t just walk into your polling place and vote as you usually would. Instead, you can request to cast a provisional ballot.

Montgomery County filed a petition with Common Pleas Courts on Tuesday asking to extend the mail-in deadline until 5 p.m. on June 9. Under current rules, all ballots must be received by the county Board of Elections office by 5 p.m. on June 2.

Lawrence still recommends voters drop their mail-in ballots at the drop-off locations, as they can't predict how the court will rule.

Bucks County’s drop-off box is located outside the administration building at 55 E. Court St. in Doylestown.

Delaware County says there will be drop-off boxes at every polling place on Election Day.

Philadelphia residents can drop off their ballots on the south apron of City Hall, by the Octavius Catto statue.