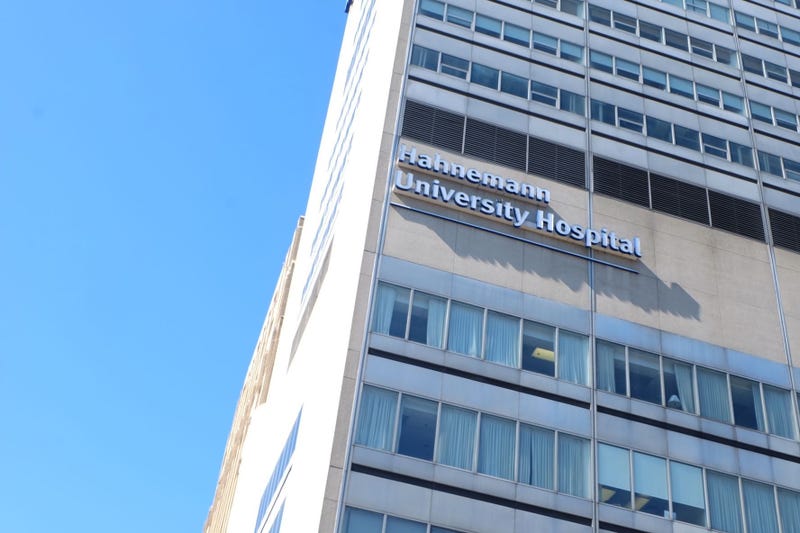 “Hahnemann University Hospital is vital to the community’s health care and its owners cannot stop treating patients with no plans in place for their continued care,” she said in a statement. “There is a legal process in place to ensure that this difficult transition happens in a way that protects public health. Hahnemann must follow that process, including keeping its emergency department open.”

The commonwealth said it has received "conflicting information regarding actions being taken or planned to be taken at Hahnemann," including plans to begin "diverting all emergency department patients — not just trauma patients — except walk-ins as early as Friday."

The cease and desist order prevents the hospital from shutting down its emergency services in the next few days, until the department receives written notice that the hospital intends to close and submits a closure plan at least 90 days in advance.

A closure plan should address financial stability, changes in staffing, a transition plan, status of payments, and a communication plan. Levine said in a formal letter that the Department of Health received no such plan.

Levine also ordered the hospital to keep its emergency department open and adequately staffed, especially ahead of Fourth of July weekend. The city expressed concern that Hahnemann intended to "divert ambulances" as early as this weekend, and "close most emergency and operating room services" beginning Monday.

The hospital could face fines if it does not comply with the commonwealth.

"We acknowledge receipt of the DOH letter, and as we have said from the start, we intend to conduct the closure in an orderly manner that prioritizes the health care needs of our patients."

.@HUHospitalPHL is vital to the community’s health care and its owners cannot stop treating patients with no plans in place for their continued care. There is a legal process in place to ensure that this difficult transition happens in a way that protects public health. https://t.co/h57Yez7qKs

Hahnemann announced Wednesday that it was shutting down because of what it calls "continuing, unsustainable financial losses." The hospital said it would close on or around Sept. 6, but a letter obtained by KYW Newsradio indicated that some emergency services could be cut starting this weekend.

This is a developing story. Stay with KYW Newsradio for updates.
KYW Newsradio's Rachel Kurland contributed to this report.