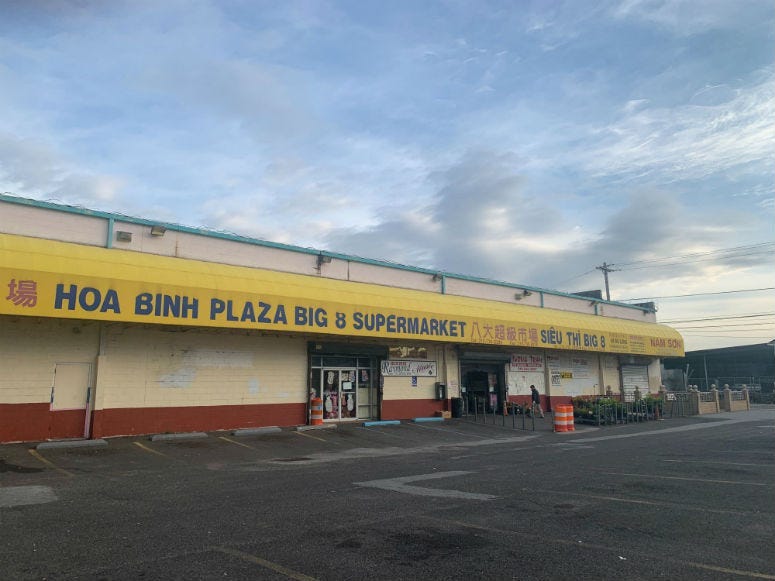 PHILADELPHIA (KYW Newsradio) — The Vietnamese plaza at 16th Street and Washington Avenue that contains one of the oldest Vietnamese supermarkets in Philadelphia is still open for business, even though a developer plans to buy it. This week, tenants received eviction notices.

Amy Truong, whose mother co-owns a long distance carrier store in Hoa Binh Plaza, says the eviction notice she received this week indicates if she signs a letter from the landlord waiving certain rights, she will have three months to move her business. Otherwise, she'll have to be out by the end of the year.

"She's very worried. She doesn't know what to do because this is like her home. We've been here over 20 years already," Truong said.

"For us, it's like, look, can you develop in a place where you're not going to be tearing down community spaces, culture and history? Like, why?" she said.

Michael Stillwell, CEO of Streamline, the company that hopes to buy the plaza and redevelop it, points out while they have given the landlord a deposit, they have not yet gone to settlement on the plaza.

"Per our contract with the sellers from a while back, they are supposed to deliver the property free of any tenants, so we are giving them time to work that out," he added.

The landlord, who also owns a store in the plaza, refused to comment, but Nguyen doesn't blame him for wanting to move on.

"City Council can be setting a standard and setting a vision for the type of development they want to see that prioritizes keeping communities in place," she said.

This has been a back-and-forth skirmish over the plaza since the summer, as advocates of the store have been fighting to keep it open. A fundraiser was held Thursday night to help provide legal help and guidance to the tenants.